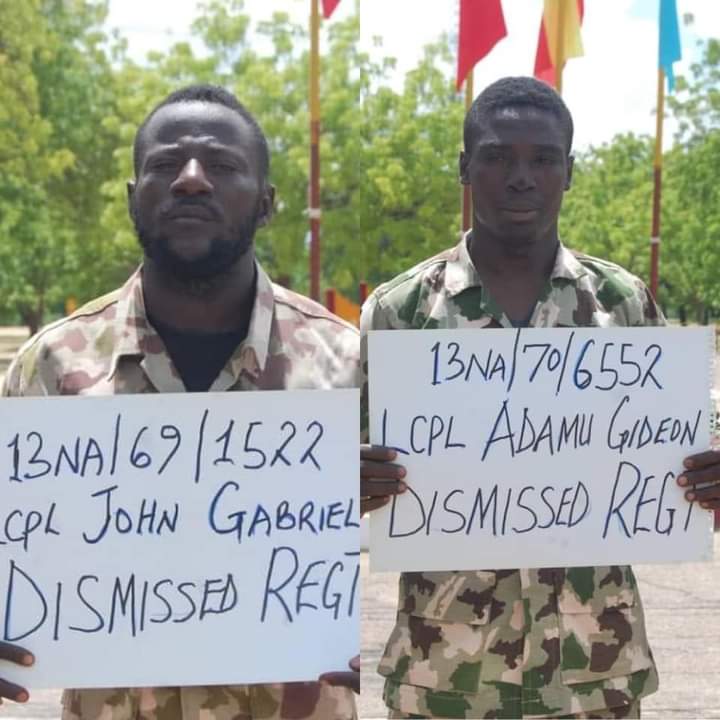 The soldiers were dismissed after facing trial at the Headquarters 241 Recce Battalion, Nguru on Saturday 27 August 2022, having been indicted in a report of a Board of Inquiry set up to investigate the unfortunate incident. 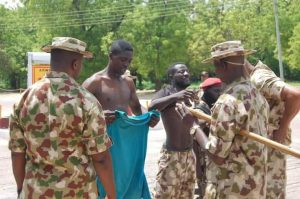 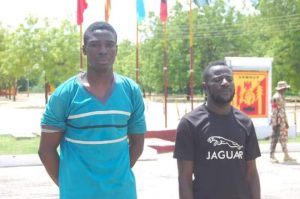 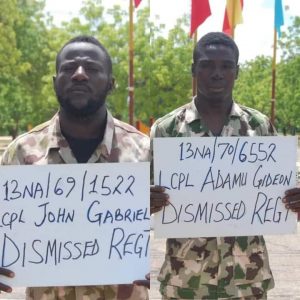 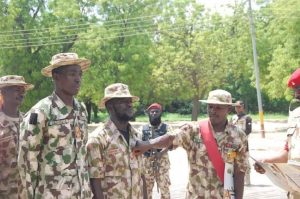 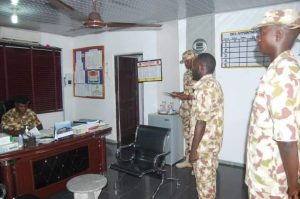 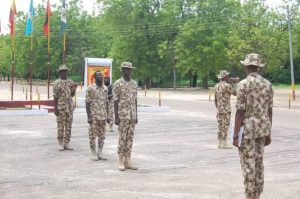 Both of them were found guilty and awarded reduction of rank from Lance Corporal to Private and Dismissed Regiments.

The two dismissed soldiers will be officially handed over to the Nigeria Police, Yobe State Command in Damaturu for civil prosecution in the court of law.

It should be recalled that the NA had pledged to institute a Board of Inquiry to unravel the circumstances surrounding the incident and speedily bring the suspects to justice, if indicted.