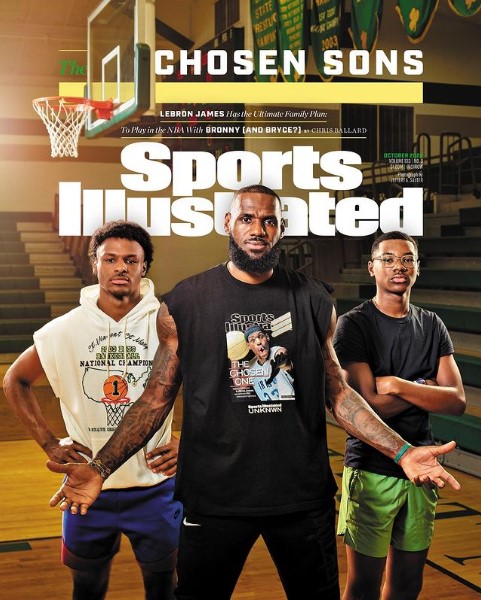 James talks about his experiences growing apart from his mother and now tries to focus on what really matters for his kids. At 37 years old he’s entering his 20th year of pro basketball also he has done a lot to offer few generations.

He’s evolved as a statesman and advocate; becoming a billionaire, plowed money, time and infrastructure back into his town Akron, Ohio and also earned titles for the teams he has played for. With the help of his wife and mother of his three kids, Savannah.

As he’s entering the next phase of his life and career, his oldest son, Bronny is also embarking on the journey of adulthood. He aims to stick around the NBA long enough to overlap with Bronny who is about to start his senior year of High-school. If they pull it off, they would become the first father-son duo to play together in an NBA Game.