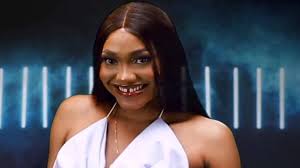 As BBNaija level up season takes a new turn, Chioma Ndubueze aka CHOMZY joins the league of Evicted housemates.

This is coming some minutes after Eloswag was evicted and taken to the Big Brother level three house where he joined Doyin.

In the triple eviction night show, Ebuka announced that the evicted housemates will only remain in the level three house for a few days until they return to house.

He added that when they return to the house, the level three house will still remain.

Recall that Big Brother had introduced a new level during the live eviction show on Sunday.

Meanwhile, earlier on the show, Doyin and Eloswag were evicted from the BBNaija level up Season.

Eloswag was the first housemate to emerge the Head of House (HOH) in this season.

Ebuka however, wished the other housemates good luck for another week, as he said goodbye