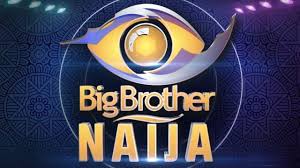 As the producers of Big Brother Naija season 7, Level Up, prepare to introduce a new level within the house, fans have been left perplexed.

A level will be unlocked tonight as Biggie evicts another housemate, according to a post released online via the DSTV Nigeria official Instagram page.As the producers of Big Brother Naija season 7, Level Up, prepare to introduce a new level within the house, fans have been left perplexed.

The post reads: “Superfans, another eviction Sunday is here. Who will be leaving Big Brother’s house and unlocking a new level? Catch it live at 7 pm. Not home?”

Many who reacted to this development expressed confusion on why another level would be introduced to the ongoing reality show when it is just a few days to the final.

This decision did not sit well with many Big Brother Naija fans, who wanted their favourites saved at all costs. However, some believed the new level announcement was a trick by BBNaija’s organizers to entice many into watching the live eviction show.

Emyynation: This is what I think, maybe the people that will be safe will go to the new level

biggest_amara: The way I’m anticipating 7 pm eeehhh, like i can’t wait 😢 e be like say make i fast forward time

christydcollections: Ahhh, wetin be this now 🥺 I hope this doesn’t affect phyna,brayann and groovy in a negative waygracearhinful44

2 weeks to the end they should rest

gracearhinful44: 2 weeks to the end they should rest

baibybig25: Biggie we r tired of your twists that r not even twisting

sweetprecious09: How many weeks to the end of this game is remaining? Please send 4 people home we don’t need any twists.

baibybig25: Biggie we r tired of your twists that r not even twisting😡…

Recall that some week back, there was wild jubilation online when reports claimed that Biggie would be merging the Level 1 and Level 2 housemates.

The reports that made round on social media alleged that the organizers of Big Brother Naija season 7 would merge the housemates after the Sunday night eviction show.

This was after numerous complaints from lovers of the show who had called out the organizers to merge the housemates as they wanted to watch premium drama content rather than switching channels to check up on their favourites.

Many claimed that Level 2 housemates have been serving the audience real content, unlike the level 1 housemates who tried to make unity and relationships their goals.