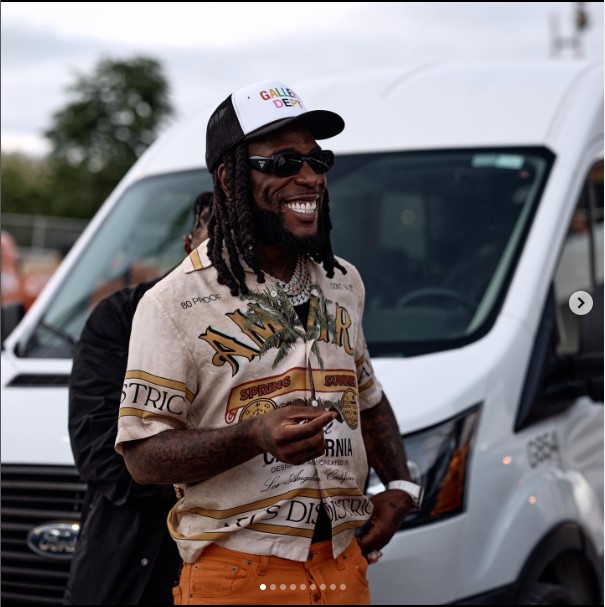 Damini Ogulu reveals how he got the stage name, ‘Burna Boy’.

The ‘Last Last’ singer revealed that he came up with the stage name, ‘Burna Boy’, by his love for comic books and superheroes such as Spiderman, Superman, and others.

During an interview on the American show, The Tonight Show with Jimmy Fallon, the African Giant revealed that he was a big fan of comic books and he also drew to make comic books.

Burna Boy stated that after drawing Spiderman for a while, he decided he wanted to be a superhero himself. Burna Boy was the only name that came to mind.

“When I was a kid, I used to draw comic books; I know I don’t look like it, but I copied different superheroes like Spiderman, Superman, and others,” the singer explained.

“At one point, I just wanted my own character, to be my own superhero, to be able to draw myself as a superhero with a cape.

“I was trying to think of a name and all I could come up with was ‘Burna Boy’.”

The afro moonwalk appears to be similar to the late Michael Jackson’s dance step, but the difference, according to Burna Boy, is that ‘it is almost like you are walking forward but you are not really moving.’

“The fans call it the afro-moonwalk,” the singer said while describing the dance step. You’re almost walking forward, but you’re not really moving.”

Burna boy has won several awards such as: Grammys, BET and Headies awards. At the 2019 and BET Awards he won the award for ‘Best International Act’, also he won that same award at the 2020 BET Awards as well as the 2021 BET Awards.