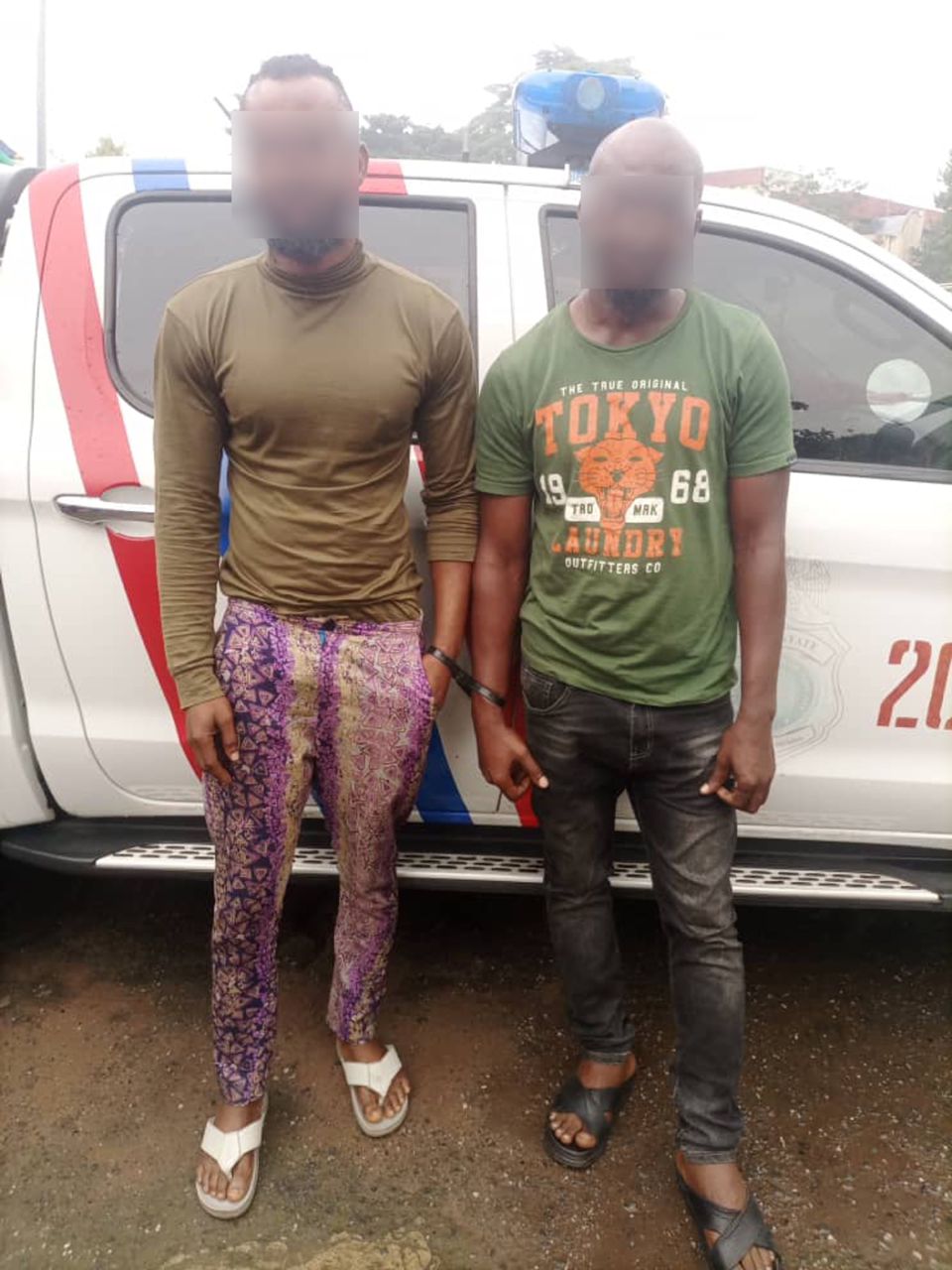 The RRS officers, who were on patrol of Alausa Business District stopped to check a parked black Nissan Almera at M.K.O Abiola Gardens Road, Alausa, when they noticed the alleged rape ongoing.

On a closer look, the officers observed that the lady was unconscious and not responding to police instructions. The officers promptly rounded up the suspects and urgently drove the lady to RRS Headquarters for medical attention where she regained consciousness.

Investigation revealed that the lady met the suspects at a club around Ikeja Shopping Mall, Alausa, and then consented to driving around town and lodging in a hotel.

Meanwhile, the Commander RRS, CSP Olayinka Egbeyemi acting on the instruction of the Commissioner of Police, CP Abiodun Alabi, fdc has transferred the case to the Police Gender Unit, which is specialized in handling such cases.