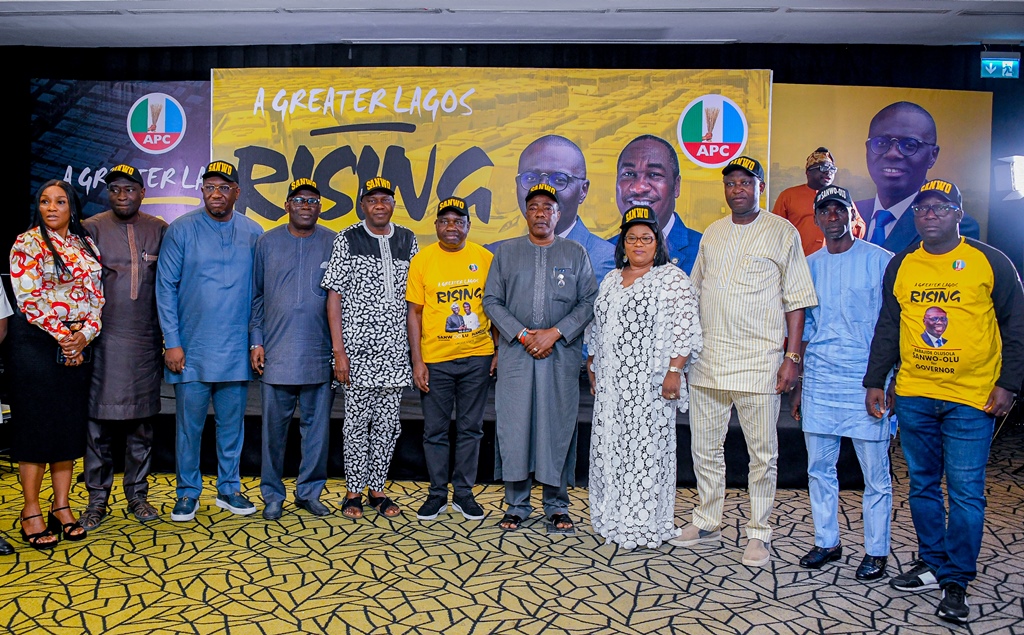 A multi-dimensional roadshow, comprising power bikers, activation rigs and mobile advertising vans, was spotted across cities in Lagos State on Wednesday with flashes of an appealing slogan: “A Greater Lagos Rising”. The overall activities formally flagged off the re-election campaign of Governor Babajide Sanwo-Olu.

As part of a special sea display, hundreds of residents of riverine communities launched the All Progressives Congress (APC) governorship electioneering by paddling branded canoes across the waterways of Lagos. 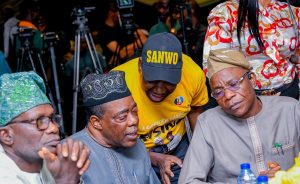 The activities came to a head during a press conference held in Ikeja, when Gov. Sanwo-Olu and Sen. Ganiyu Solomon, director general of the APC Governorship Campaign Council, showcased the campaign’s assets, including its logo, colors, and fonts.

The governor said, “I am running on records; get ready for more,” while being represented by Commissioner for Information and Strategy Gbenga Omotoso.

According to Sanwo-Olu, the topic of his second term campaign underlined the continuation of his first term’s accomplishments. He claimed that the concept of “Greater Lagos Rising” embodied the drive and tenacity of young, talented people working to rewrite the state’s history in the fields of music, cinema, fashion, sports, manufacturing, and technical advancements. 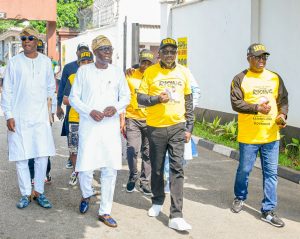 The governor said that extending his term will boost his administration’s resolve to increase the effectiveness of his THEMES Agenda development plan and open up additional socioeconomic prospects for the area’s hard-working citizens.

He said: “Our campaign assets capture the audacity and spirit of Lagos in the rising of the city. The campaign assets are not some forms of self-adulation but fitting credit to the contributions of hardworking Lagosians, especially the youth, to the height Lagos has attained today. This campaign is not about me and my team alone. It is a tribute to all our youths who are doing amazing works to put Lagos on the global map. Renewing our mandate will represent people’s confidence in the collective progress we have made in the last three and half years against all odds. 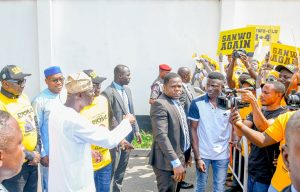 “There is no doubt we are running on records. Evidence of our achievements abounds to discerning minds. Lagos is on the threshold of history as the first sub-national to deliver on a mass rail system; the Blue Rail Line is being test run ahead of commissioning and operations in the coming weeks. The Red Line is also scheduled for commissioning in the first quarter of 2023. We have completed and inaugurated 16 housing schemes within this first term. Our people are confident that we can do a lot more after they witnessed the commissioning 62 fire-fighting vehicles in a day to keep our citizens safe.

“This administration, within three years, upgraded two tertiary institutions to degree-awarding schools to raise human capital and prepare our young people for future jobs. Our Government trained 18,000 teachers under the Eko Excel Initiative. People who benefited from Ilera Eko Health Insurance scheme now see the proof that something is changing in the State. Honest residents know that Imota Rice Mill and the Lekki Deep Sea Port are incontrovertible proofs that a greater Lagos is indeed rising and unfolding before their eyes. Now, imagine what we can do with additional four years.” 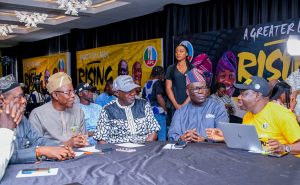 The Governor explained the essence of yellow as dominant colour in the campaign materials, noting that the shade symbolised the energy, youthfulness, enthusiasm, optimism and happiness which are common expressions among Lagos residents.

The brand colour also came with a mix of foggy, signifying warmth, transformation, freedom and fun said to be hallmarks of the State.

All the colours used, Sanwo-Olu said, collectively evoked the resilience of the State to remain on the path of progress, despite being hit by global COVID-19 pandemic and the violence resulting from ENDSARS protests.

He said: “Our campaign will be reinforcing the energy, remarkable audacity and unbroken resilience of our people. Rising is a proof of growth. Our actions in the last three and half years have blended into our Greater Lagos mantra, with the State rising and transforming before our very eyes.

“When we say a ‘Greater Lagos is Rising’, we are drawing attention of our citizens to the positive changes taking place all over the State, including growth of our economy, breath-taking rebuilding of Lagos and the renewal of hope in citizens. Let us write a new history.” 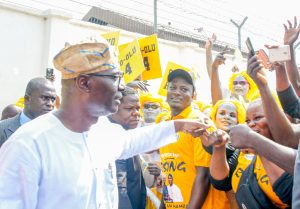 Solomon said the party would be rolling out campaign materials to all nooks and crannies of the State to showcase the achievements of the Sanwo-Olu administration, urging residents of Lagos to support the effort to renew the Governor’s mandate.

Commissioner for Economic Planning and Budget, Sam Egube, said Sanwo-Olu’s re-election bid was proper. He noted that Lagos rose in its challenging period, saying: “Mr. Governor never allowed those challenges to bring Lagos on its knees.”

Egube said the simultaneous development of two rail lines, building of a deep seaport and delivery of international standard bus stations were evidence that Greater Lagos had started to rise.