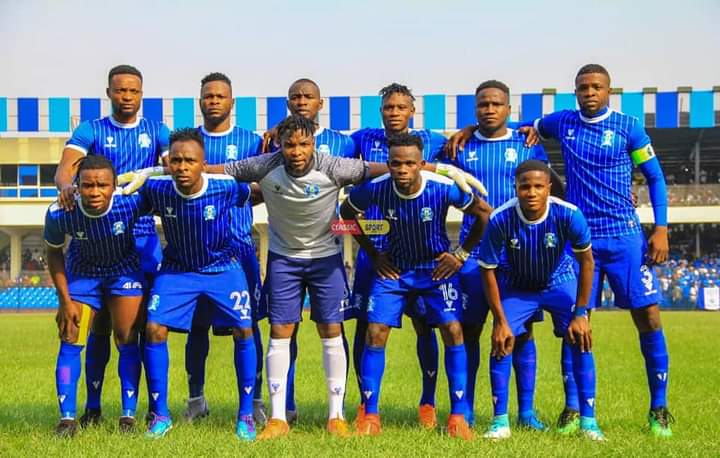 In the MatchDay 2 midweek games played on Thursday, Munir Idris scored as early as the 7th minute to sustain Tornadoes unbeaten run which placed the Minna side second behind Abia Warriors that enjoy a superior goal difference.

Nigeria Premier Football League (NPFL) Champions Rivers United dropped its 1st point of the season after being held to a 1-1 draw by Sunshine Stars at the Akure Township Stadium.

In Akure, defending champions, Rivers United took the lead in the 24th minute and looked set to maintaining it’s 100 percent start to the new season until Sunshine equalized late in the 86th minute thanks to former Super Eagles player Ejike Uzoenyi who scored from the penalty spot.

In group A, Remo Stars made it two wins from two games of the season after 1-0 win over Gombe United. A very tight contest at the Pantami Stadium was decided by a stoppage time winner from Andy Okpe. The result means that Remo Stars are now joint top with Bendel Insurance in Group A.

Still in group A, El Kanemi Warriors defeated Nasarawa United 2-1 in another keenly contested match. The Warriors took a two goal lead thanks to a first half strike from Alpha Igbudu in the 13th minute and Zayyad Musa in the 74th minute. However, Nasarawa United mounted a late challenge with Onuche Ogbelu pulling one back in the 90th minute but it was too little, too late.

Bendel Insurance scored a stoppage time winner to also maintain a perfect start in Group A after beating Plateau United 2-1 at the Samuel Ogbemudia Stadium, Benin.

After a goalless 1st half, the match came to life in the 66th minute when Ismail Sarki gave Insurance the lead. However, United equalized in the 90th minute through Mustapha Abdulahi and looked like it had snatched a valuable point until Imade Osehenkhoe scored in the 93rd minute to win the match for Insurance.

In Ibadan, Shooting Stars and Kwara United ended the fixture nil all

By Diegwu Nwankwor   Abia Warriors maintained its 100 percent record to the start of the season after...

The Nigeria Premier Football League (NPFL) Interim Management Committee (IMC) will hold a public presentation of take-off grants to the...