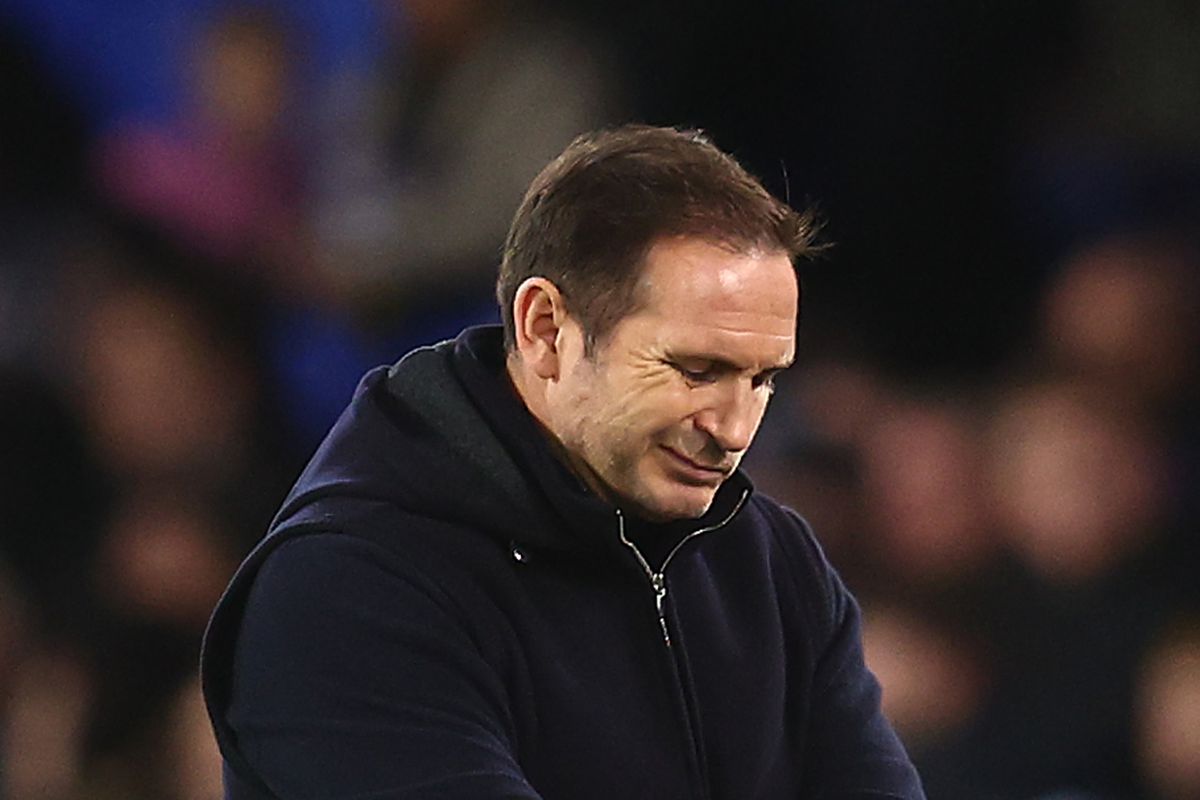 Frank Lampard has been sacked as Everton manager with the club languishing in 19th place in the Premier League and having lost eight of their last nine games in all competitions.

The former England midfielder was dismissed after Saturday’s dismal 2-0 defeat against West Ham.

Everton now has just 15 points from 20 league games this season, leaving them two points outside of safety.

Despite his best efforts, Lampard leaves Everton with a dismal 44-game record of just 12 wins, 24 losses, and 8 draws for a win percentage of just 27%.

Sean Dyche, a former manager of Burnley, is considered the front-runner to take over at the club. Former Leeds manager Marcelo Bielsa and West Ham’s David Moyes are also reportedly on the list.

Although Dyche has not yet been contacted, if he were to take over, he would have his hands full coping with Goodison Park’s atmosphere of what has appeared to be a poisoned chalice, with fans enraged with owner Farhad Moshiri and the Everton board.

The 51-year-old, who has been out of work since being fired by Burnley in April 2022 after nine and a half years in charge, has a wealth of experience leading teams out of the relegation zone and might be a soothing presence at a Goodison Park at a  a turmoil-riddled Goodison Park.