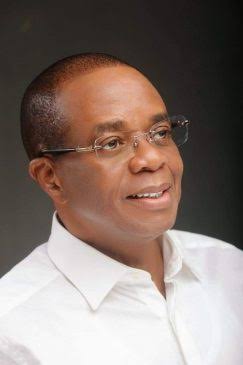 Late Uchenna Eleazer Ikonne was a Nigerian professor of optometry.

In December 2015 he became the 7th Substantive Vice-Chancellor of the Abia State University, having previously served as the Rector, Abia State Polytechnic, Aba – (on Rescue Mission) 2014–2015.

He also graduated from a specialist master’s degree programme in Hospital Administration at St. Jude College, also in the Philippines, and on his return to Nigeria in 1985, served as consulting optometrist at the Park Lane General Hospital, Enugu, and obtained a Doctor of Philosophy degree in Environmental Health Science from Abia State University

He also attained the following positions:

Ikonne emerged as the gubernatorial candidate of Peoples Democratic Party (PDP) in Abia State at the governorship primary election held at the Umuahia Township Stadium, beating his two remaining challengers to pick the 2023 governorship ticket.

Chairman of the PDP governorship primary for Abia State, Chief Ayo Fayose who announced the outcome of the primary poll, said that Prof Ikonne scored 468 votes to beat his closest rival, Lucky Igbokwe, who got 45 votes out of the total 554 votes cast.The only female aspirant, Mrs. Ezenwanyi Ngozi Jonah got five votes.

“I hereby present to the people of Abia State, Prof Uche Ikonne, who has satisfied all the requirements to become the candidate of PDP,” Fayose said.