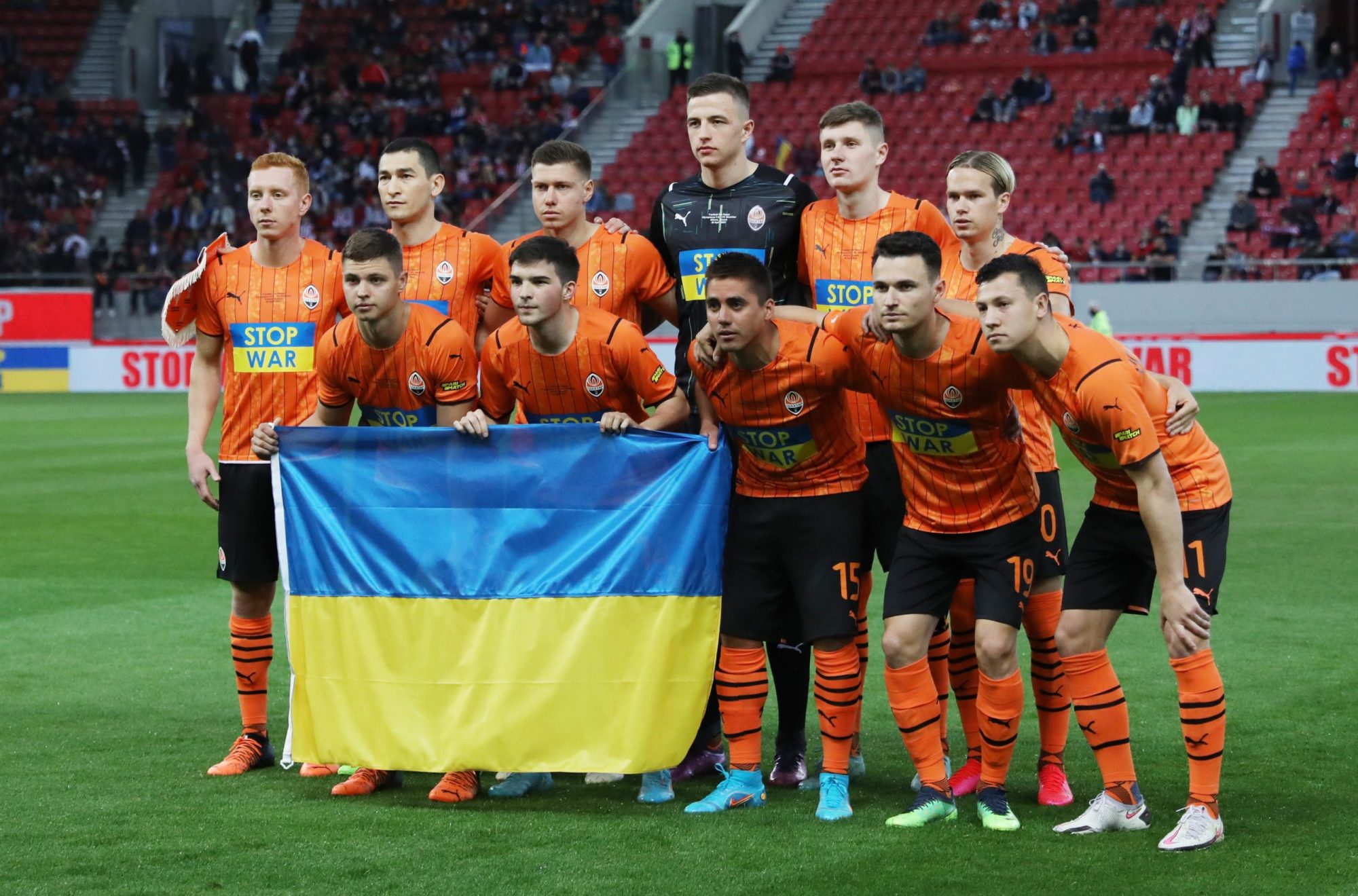 The Ukrainian Premier League is scheduled to resume today, Tuesday, in Kyiv, despite the fact that the nation is still under war treath from Russia with the goal of restoring some sense of normal life.

No spectators will be permitted inside the 65,000-seat downtown stadium for the 1 p.m. local time kickoff, and the players must be rushed to bomb shelters if air-raid sirens sound.

Taras Stepanenko, the captain of Shakhtar, said in a phone interview on Monday that “we have guidelines in case of an emergency and we should go to be underground. But I think the teams, the players will be proud of this event.

“We are ready, we are strong and I think we will show to all the world Ukrainian life and will to win.”

The Ukrainian Premier League returns with the blessing of the nation’s leaders and in a week heavy with meaning.

Tuesday is Ukraine’s national flag day and Wednesday, Aug. 24, is the celebration of independence from control by Moscow that the former Soviet Union republic declared in 1991.

No competitive matches have been played in Ukraine since mid-December when the league paused for a scheduled midwinter break. Games had been due to resume Feb. 25, until the Russian military invasion started one day earlier. The season was canceled soon after the invasion.

The 16-team league restarts without Desna Chernihiv and Mariupol, teams from cities that have suffered brutal destruction.

All games will be played in and around Kyiv and further west and will be shown domestically, abroad and on YouTube in a deal with broadcaster Setanta agreed last week. The total value of $16.2 million over three years is less than some elite English Premier League players will earn this season.