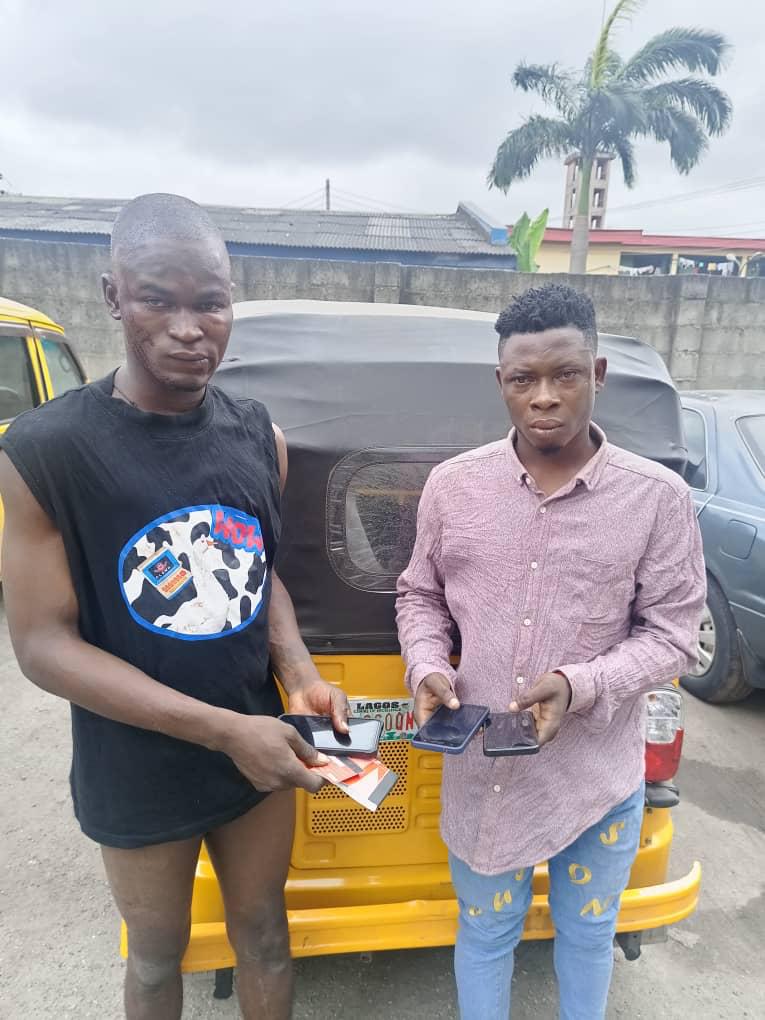 The suspects, Usman Hussani, aged 21, and Ebuka Ukechukwu, aged 25, were arrested following a distress call received from a victim shortly after he was dispossessed of his phone and other valuables.

Recovered from the suspects are 2 mobile phones, 2 SIM cards, one Sterling Bank ATM card, one UBA cheque booklet belonging to Ugochukwu (other names withheld) and one brand new tricycle with registration number LSD 360 QN used by the gang.

In a press release by the Public Relations Officer (PRO) of the Lagos State Police Command, SP Benjamin Hundeyin; he said; “suspects will be arraigned once investigations are concluded.