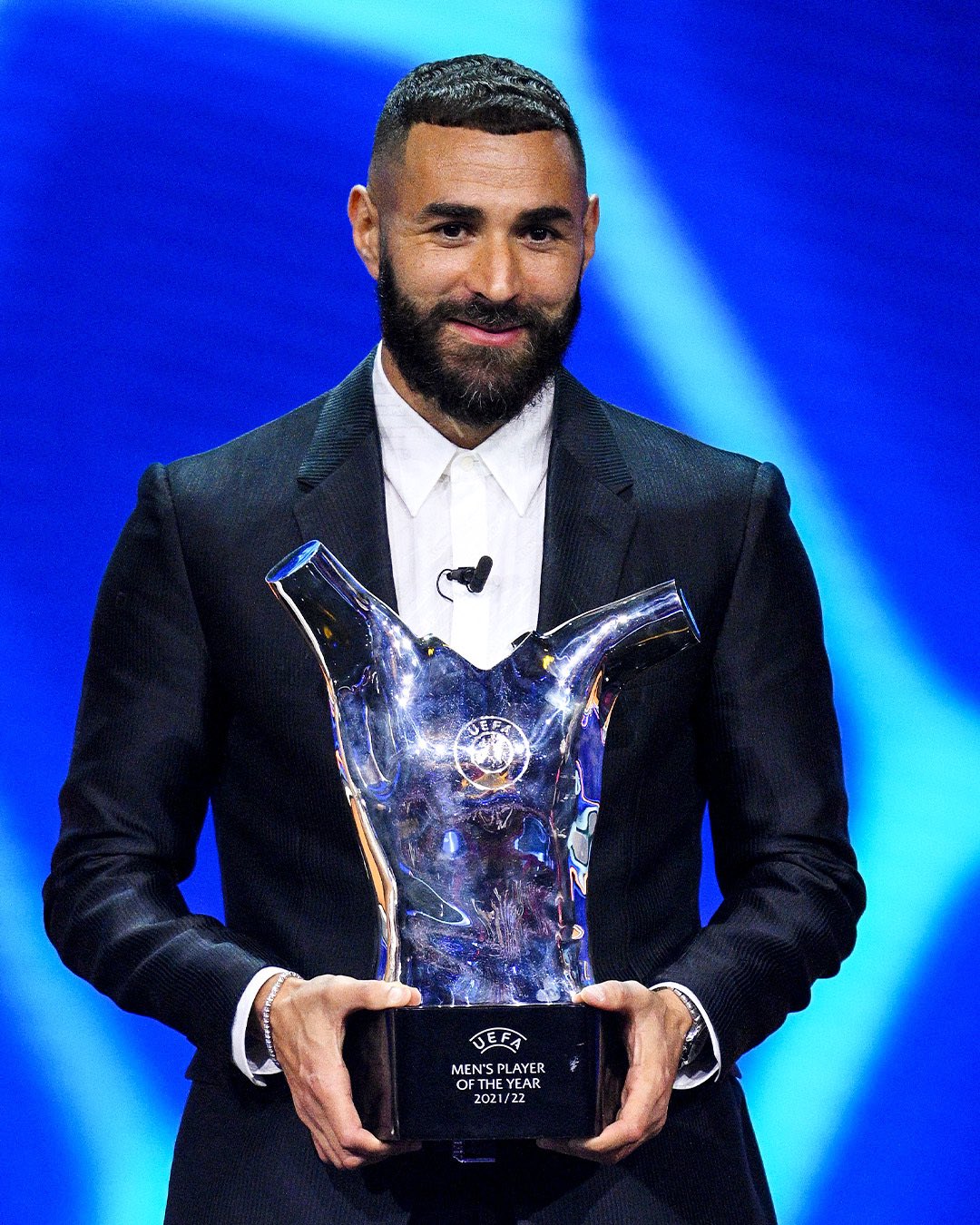 Real Madrid’s Karim Benzema has been named UEFA Men’s Player of the Year — solidifying his status as favourite to win the Ballon d’Or — after scoring a personal best 15 goals as the Spanish side won the 2021 Champions League.

The 34-year-old was instrumental in Madrid’s dramatic comebacks against Chelsea and Paris Saint-Germain, scoring hat tricks against both teams, and helped lead Madrid to a LaLiga and Champions League Double last season.

On Thursday, the trophy was presented in Istanbul at the same time as the Champions League group stage draw for 2022–23. The award for UEFA Men’s Coach of the Year went to Madrid manager Carlo Ancelotti as well.

The Men’s Player of the Year award, is decided upon by a jury of club representatives and journalists from a shortlist of 15 players nominated by UEFA’s technical study group. Benzema beat teammate Thibaut Courtois and Manchester City’s Kevin De Bruyne to the individual award.

Ancelotti was picked ahead of City’s Pep Guardiola and Liverpool’s Jurgen Klopp.