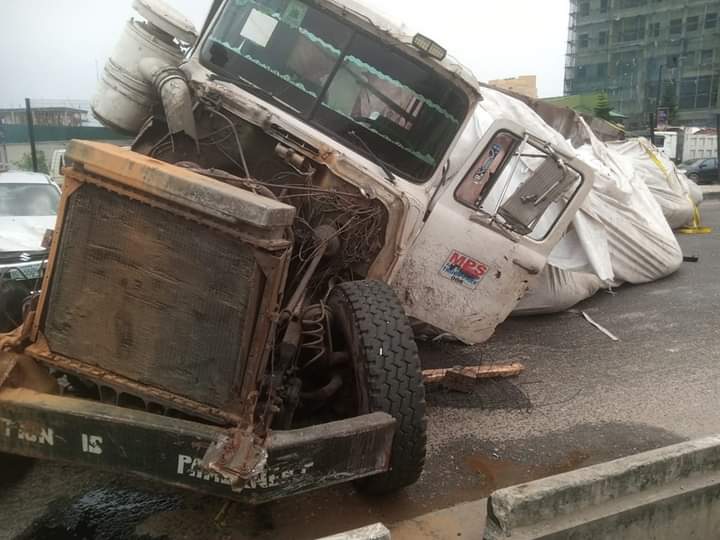 Consequent upon arrival at the incident scene, it was discovered that an articulated flatbed truck loaded with several 40Kg bags of POP chemical veered off its lane and collided with two vehicles (a suzuki car and coaster bus) which caused all loaded bags of chemical to fall on the entire lane, thereby causing serious traffic gridlock along the axis. 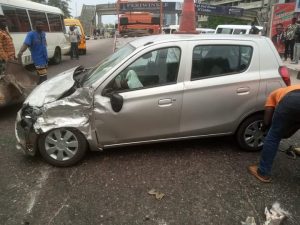 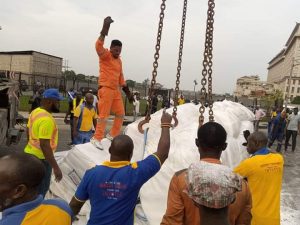 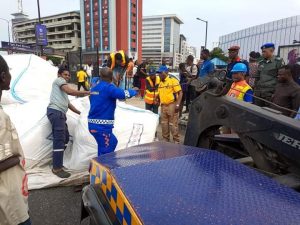 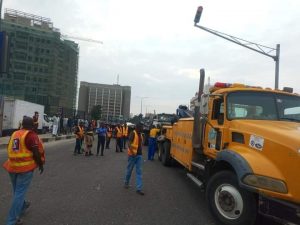 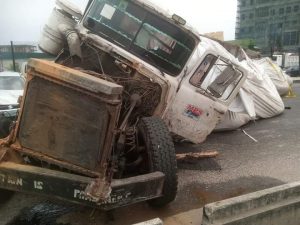 Further investigation revealed that the accident occurred due to a brake failure by the articulated flatbed truck.

Fortunately, there was no record of loss of life, however four people sustained various degree of injuries and were rushed to the hospital immediately.

The articulated truck was successfully recovered off the road with the aid of the Agency’s heavy-duty Crane, tow truck and SuperMetro.

All the fallen bags of POP chemicals obstructing vehicular and human activities were evacuated off the road under the supervision of the Permanent Secretary.

The road has been restored to vehicular activities and operation concluded.