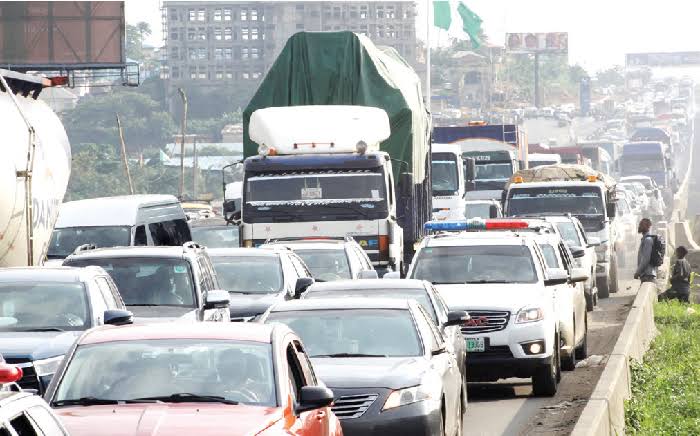 The Lagos State Government has issued a note of warning to motorists who flout traffic rules thereby causing a gridlock around the Berger-OPIC axis on Lagos-Ibadan Expressway.

The warning was issued on Sunday, by the Lagos State Commissioner for Transport, Dr. Frederick Oladeinde; he said, “the ongoing work on the Berger-OPIC Axis is geared towards the timely completion of the reconstruction of the expressway to deliver a world class road that will make driving on the expressway a smooth experience.

“As highlighted in a statement released by the Federal Controller, Engr. F. Oloyede, the public should note that the massive traffic gridlock was due to the impatience of some motorists who drive against traffic at the slightest excuse, thus causing enormous hardship to other motorists.

“As agreed by all parties, the contractor has been directed to block all illegal road diversions, especially between Magboro and OPIC. This is to prevent the illegal Uturn at OPIC, which also acerbates the gridlock within that axis. Law Enforcement Agencies, including the Police, FRSC and LASTMA, have been engaged to control traffic along the route.

“Any motorist caught removing any of the barriers used in blocking all illegal diversions will be arrested and prosecuted. Motorists are, therefore, advised to desist from this or face the full wrath of the law.

“Lagos and Ogun Traffic Management Personnel are available to ensure free flow of traffic. Motorists who drive against the traffic (one-way) or make a turn at unauthorized junctions will regret their indiscretion. They will be prosecuted.

“Security has been strengthened around the corridor.The project promises to deliver a word class transport infrastructure that will put a stop to traffic congestion on the Expressway”