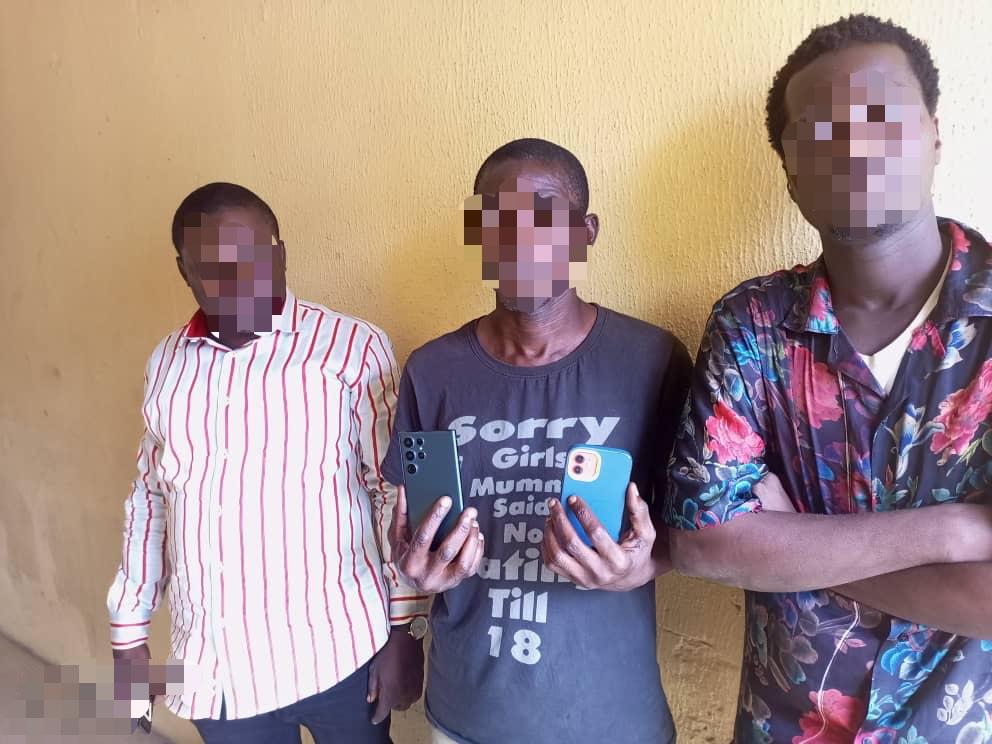 Officers attached to the Adeniji-Adele of the Lagos State Police Command have arrested a traffic robber, identified as Charles Igbadoh.

The suspect who was known for robbing drivers of their possessions was arrested at the Ilubirin end of the Third Mainland Bridge following a constant patrol by policemen attached to that area.

Charles Igbadoh, was detained alongside his receivers, Micheal Adeniyi and Odinaka Obiadu after further investigations were carried out.

The suspects according to reports are currently assisting the Police in an ongoing investigation aimed at arresting other criminal elements in the axis.

However, the Commissioner of Police, Lagos State Command, CP Abiodun Alabi fdc, has directed that efforts be sustained in all identified black spots in the state towards ensuring that all miscreants in these areas are apprehended and dealt with in accordance with the law.