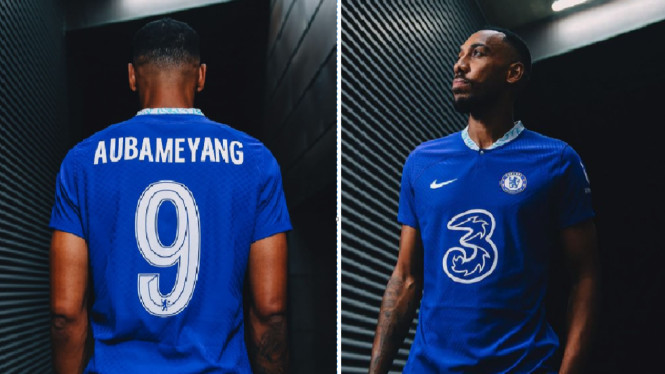 Chelsea’s new signing, Pierre-Emerick Aubameyang is not afraid of the supposedly ‘cursed’ No. 9 shirt at Chelsea, manager Thomas Tuchel said on Friday.

Speaking at his pre-match press conference, Tochel said he expects the Gabon striker to bring a host of qualities to the squad.

Chelsea signed Aubameyang from Barcelona on the transfer deadline day on Thursday, as the 33-year-old sealed his return to the Premier League seven months after leaving Chelsea’s London rivals Arsenal.

Aubameyang will be Chelsea’s newest No. 9, taking over from Romelu Lukaku who rejoined Inter Milan after a lacklustre season at Stamford Bridge.

Tuchel has confidence in Aubameyang despite the fact that several forwards who wore the No. 9 shirt, including Fernando Torres, Radamel Falcao, and Alvaro Morata, failed to perform as expected despite joining Chelsea with high expectations.

“If he is brave enough to take the nine [No. 9 shirt], he takes the nine,” Tuchel said.

“It’s on us to prove it, for me to find a position, to create enough support for him and on him to finish our attacks. He is not afraid of the past and what a number means. He is ready to write his own history.

“Auba is happy to fight for challenges so if he wants to take the No. 9 shirt or he wants to show people in London he is better than they think, then all the better.”

“He delivers goals and speed and work rate against the ball so it’s a big package he can bring to our group,” Tuchel said, adding that Aubameyang cannot train until next week due to a jaw injury he suffered in an armed robbery at his home in Barcelona.