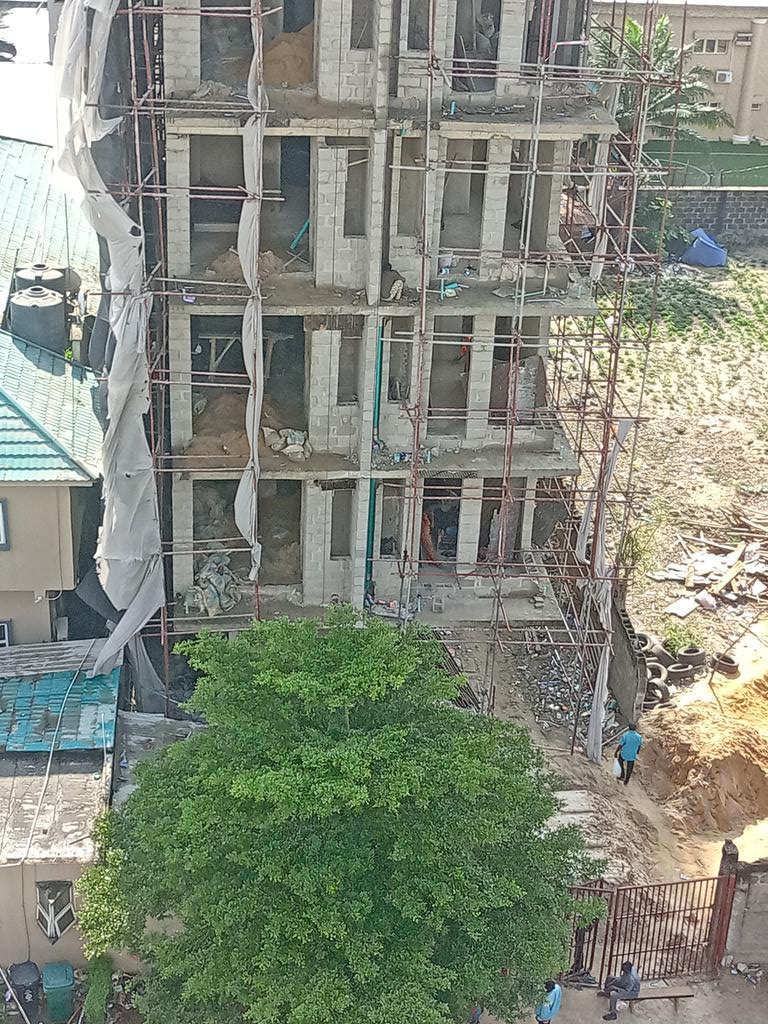 – VIDEO OF COLLAPSED BUILDING BEFORE THE UNFORTUNATE INCIDENT ATTACHED

The Lagos State Government says it has ordered arrest of the developer and building professionals working on the seventh-floor structure that collapsed in the early hours on Sunday.

The Commissioner in the Ministry, Dr Idris Salako, gave the order during his visit to the collapsed building site.

Salako said that the developer and professionals were liable because they did not regard the planning laws of the state.

According to him, the developer had embarked on construction without a valid planning permit and ignoring official warnings against continuing the building works.

He said that under no circumstances should anyone construe the filing of application for permit through the Lagos State Physical Planning Permit Authority as a ticket to start construction.

He said: “There must be a valid planning permit from the aforementioned agency in addition to letter of authorisation and stage inspection at every stage and certification by the Lagos State Building Control Agency (LASBCA).

“This will ensure that construction works are carried out in conformity with the approval granted”.

The commissioner, however, said that the Police had started a manhunt for the developer, architects, builders and engineers involved in the project while the government was investigating the circumstances surrounding the collapse,

He expressed worry over increasing disregard for law and order by actors in the built environment, adding that government was determined to restore sanity and orderliness to the sector.

He also said that the state government had declared incidents of building collapse intolerable.

Salako urged Lagos residents to join hands with the government to maintain vigilance in the built environment by reporting any illegal developments in their vicinity.

He added that infractions should be reported through any ministry or state government communication channels, particularly the Lagos State Ministry of Physical Planning and Urban Development APP and LASBCA.

Earlier in the week, a Twitter user @kanmi64671141 had posted a video and pictures of the building before the collapse calling the attention of relevant authorities to the glaring unsafe professional practices on the ongoing construction.

Two persons have also been confirmed dead from the collapse.

Emergency services are yet to call-off rescue and search operations.