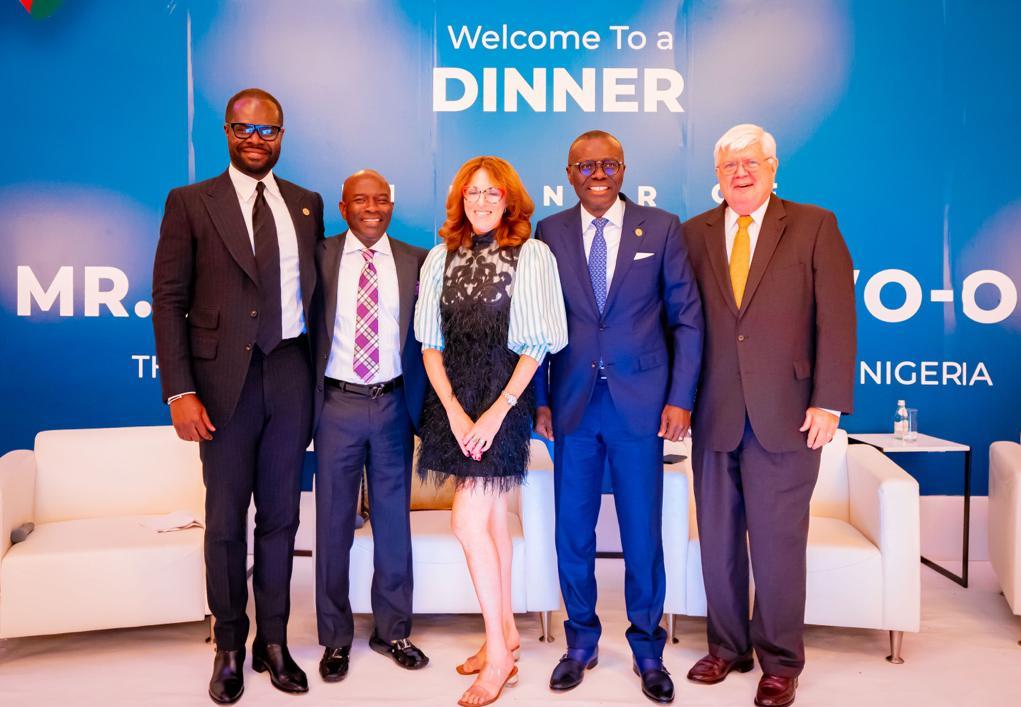 The governor of Lagos State, Mr. Babajide Sanwo-Olu, has referred to Africa as the upcoming location for international trade, with Lagos serving as the hub.

According to him, Lagos is the preferred location for many investors who have opened businesses in Nigeria because of the state’s strong economic position, the country’s creative youth population, and the supportive atmosphere offered by the government. 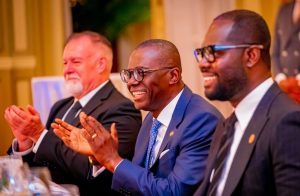 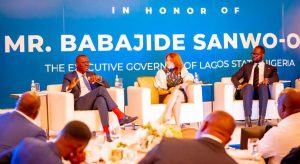 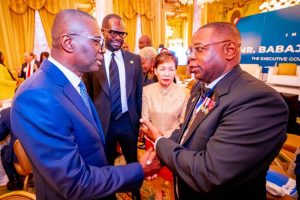 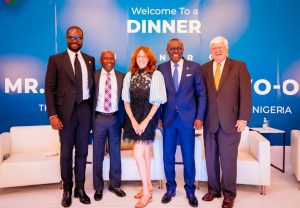 Sanwo-Olu spoke at a dinner hosted by Del-York International in his honor on Monday night at the Intercontinental Hotel in Washington, DC, with the topic being investment potential in Lagos, the largest economy in Africa.

The governor stated that there is a guaranteed return on investment for people coming to invest in the state in areas like technology, infrastructure, renewable energy, and entertainment, as those remain ripe for serious investors to look at.

When asked about security in Nigeria, Governor Sanwo-Olu responded that Lagos is the most secure state in the nation, noting that this is one of the main reasons investors are interested in the state. He also promised the audience that his government would keep making the state uninhabitable for criminal minds.

In his opening remarks, the Chief Executive Officer of Del-York International, Mr. Linus Idahosa, stated that given the numerous infrastructure projects started by the Babajide Sanwo-Olu administration to create a favorable and conducive business environment for investors, Lagos State is the only place for investment at this time. 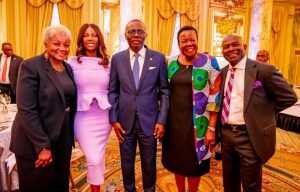 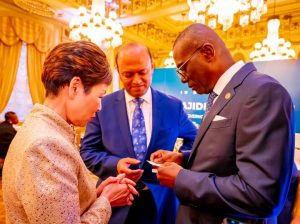 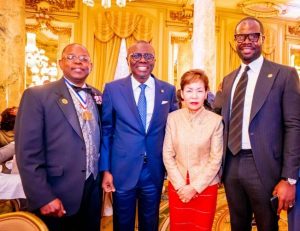 He declared that without a doubt, Lagos is the best and safest area to invest in right now. I’m not saying this because the state’s governor is here; rather, I’m saying it because it is true. Nigeria’s largest commercial hub, Lagos, is attempting to provide a secure environment for investors.

Speaking on the changes taking place in Africa, Mr. Steve Hayes, President of the Corporate Council on Africa, United States of America, noted that, unlike a few decades ago, Nigeria has started to draw a significant amount of investment from Nigerians residing in the United States. He emphasized that this will encourage American real estate investors to consider the direction of the nation’s 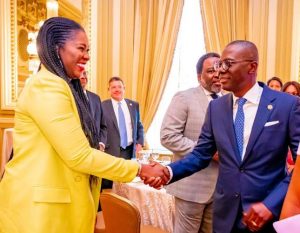 Other presenters discussed the security concerns and inaccurate portrayals of Nigeria in the media as one of the main barriers to attracting foreign investment in Nigeria.

On his part, Governor Sanwo-Olu allayed the fears of the investors, urging them to look at the brighter side of the country.

The business dinner, which was moderated by Africa-American broadcaster Williams Armstrong had over forty American investors in attendance.