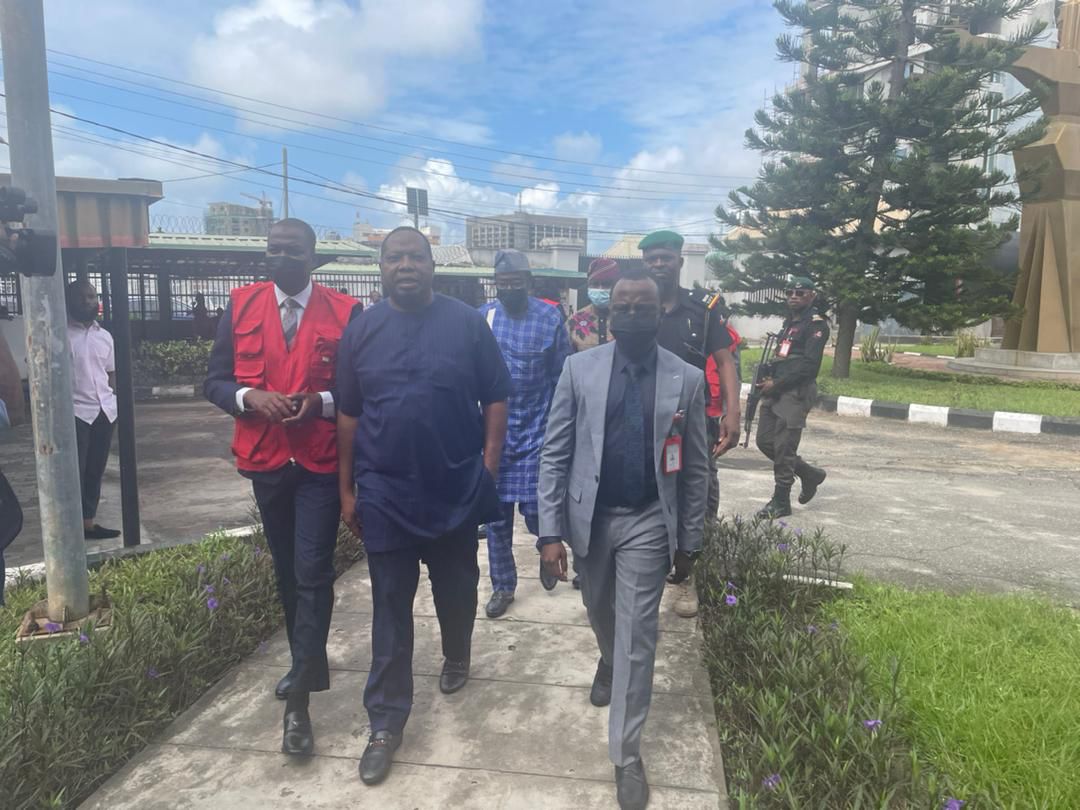 A Federal High Court sitting in Lagos on Tuesday, granted Olakunle Oluomo, the speaker of Ogun State House of Assembly, a bail of N300 million with two sureties.

Justice Daniel Osiagor, granted him bail with no objections from the Economic and Financial Crimes Commission (EFCC).

Rotimi Oyedepo, the counsel for EFCC earlier told the court that he would leave the issue of bail to the discretion of the court.

However, Kehinde Ogunwumiju (SAN), the speaker’s counsel pleaded with the court to grant his client bail on liberal terms.

While granting bail to the speaker, the Judge held that one of his sureties must possess a landed property within the jurisdiction of the court while the other must not be nothing less than a level 16 officer in the Civil Service.

Meanwhile, the court granted the second and third defendants N100 million bail with two two sureties, adding that the sureties must not be less than a level 14 Civil Service officer and the other must Own landed property within the jurisdiction of the court.

Also, all sureties are to possess three-year tax clearance and swear to an affidavit of means.

He added that all defendants are also to deposit their travel documents with the registrar of the court.

Pending when they meet their bail conditions, the defendants will be remanded in the custody of the EFCC for a week after which they will be transferred to the Abeokuta Division of the court for further orders on their remand.

The Speaker had been earlier arraigned by the EFCC over an alleged N2.5bn money laundering charges.