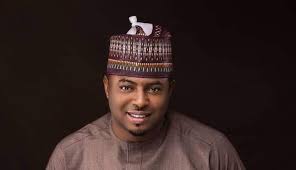 Henry Gotip, the chairman of the Kanke Local Government Council in Plateau State, was abducted by some gunmen early on Wednesday.

Gotip was allegedly abducted at his home in Kwang in the state’s Jos North Local Government Area after the gunmen shot randomly to frighten the locals.

According to reports, assailants entered the chairman’s home and took him hostage. The kidnappers have not yet been in touch with the family.

Alfred Alabo, the police public relations officer for the Plateau State Police Command, verified the event to newsmen and stated that the command had sent out a tactical squad to look for him and make sure he was returning safely.

“The Police Commissioner is on top of the issue,” he declared. “He has deployed a team of police officers to the area who are working in concert with the vigilantes to rescue the Council Chairman.”

Gotip serves as the Association of Local Governments of Nigeria’s state secretary.