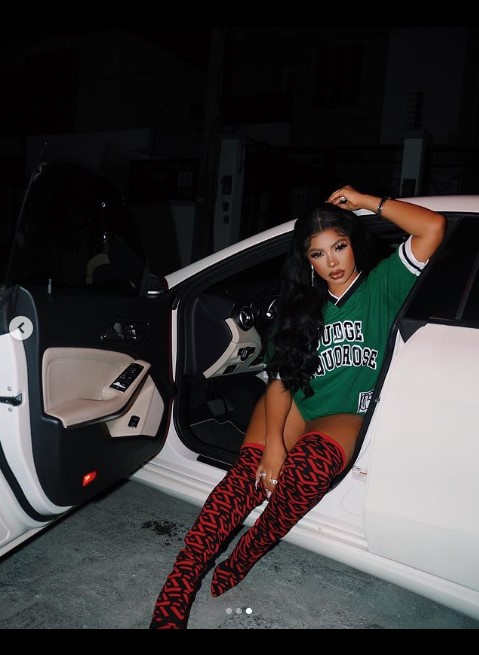 Roseline Afije, better known as Liquorose, a Big Brother Naija ‘Shine Ya Eyes’ housemate, has been teasing Instagram with her banging body.

The reality star, who sparked rumors of backside enhancement surgery has now shared some raunchy photos of her massive derriere.

A fan, @oluwaniniola_11 commented: “Liquor is coming in hot.”

Another fan, @peppy_happy1 commented: “Ei the first picture!!! Eii!! How will my boyfriend concentrate at the workplace when he sees this? This is f**king hot!!!!.”

Back in August, Liquorose set the internet on fire with her massive backside.

While in Mexico, the Season 6 first runner-up, posted raunchy photos on her Instagram page.

Many fans were shocked by her picture, also the picture sparked rumors about surgery.

Emmanuel, her ex-boyfriend and co-reality star, took to his Instagram story after her photos went viral to mock her.