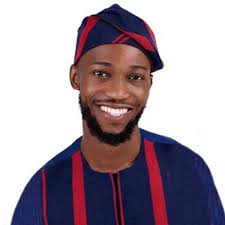 Dotun Oloniyo, a BBNaija level up housemate becomes the second and last housemate to be evicted on Sunday.

He was evicted during the live eviction show some few minutes after Ebuka announced that Allyson was out of the reality show.

Dotun was one of the six housemates that were up for possible eviction last week.

He alongside Adekunle, Bella, Allyson, Hermes, Sheggz and Rachel were up for eviction but unfortunately he was one the unlucky ones to continue in the show.