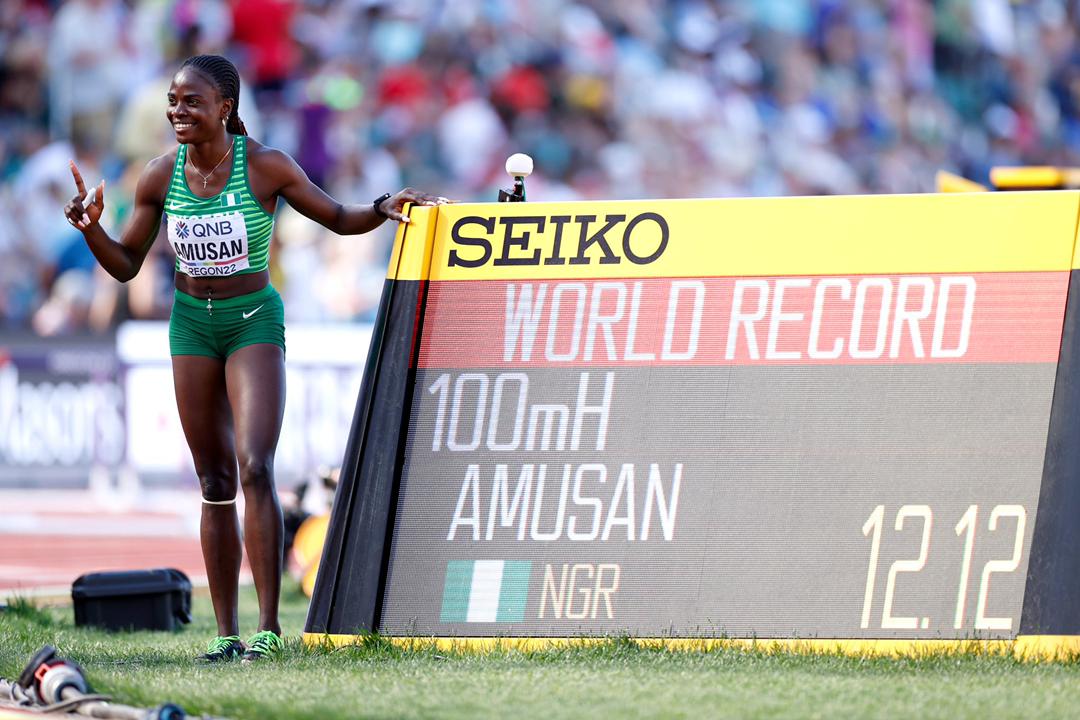 The women’s 100-meter hurdles world record set by Tobi Amusan at the 2022 World Championships has been ratified by the World Athletics.

The international athletic governing body announced on Tuesday that Amusan’s record and two other athletes’, Mondo Duplantis and Sydney McLaughlin, have been validated.

The records were set by the athletes at the World Athletics Championships in Oregon, United States, in July.

The statement read, “The world records set by Tobi Amusan, Mondo Duplantis, and Sydney McLaughlin at the World Athletics Championships Oregon22 have been ratified.

The 25-year-old Nigerian took the world by storm when she ran a time of 12.12secs – shaving almost a tenth of a second off the previous world record held by American Keni Harrison (12.20secs) – in the semi-finals of the World Championships in Oregon, USA, before going on to win gold in the final at the Hayward Field stadium.