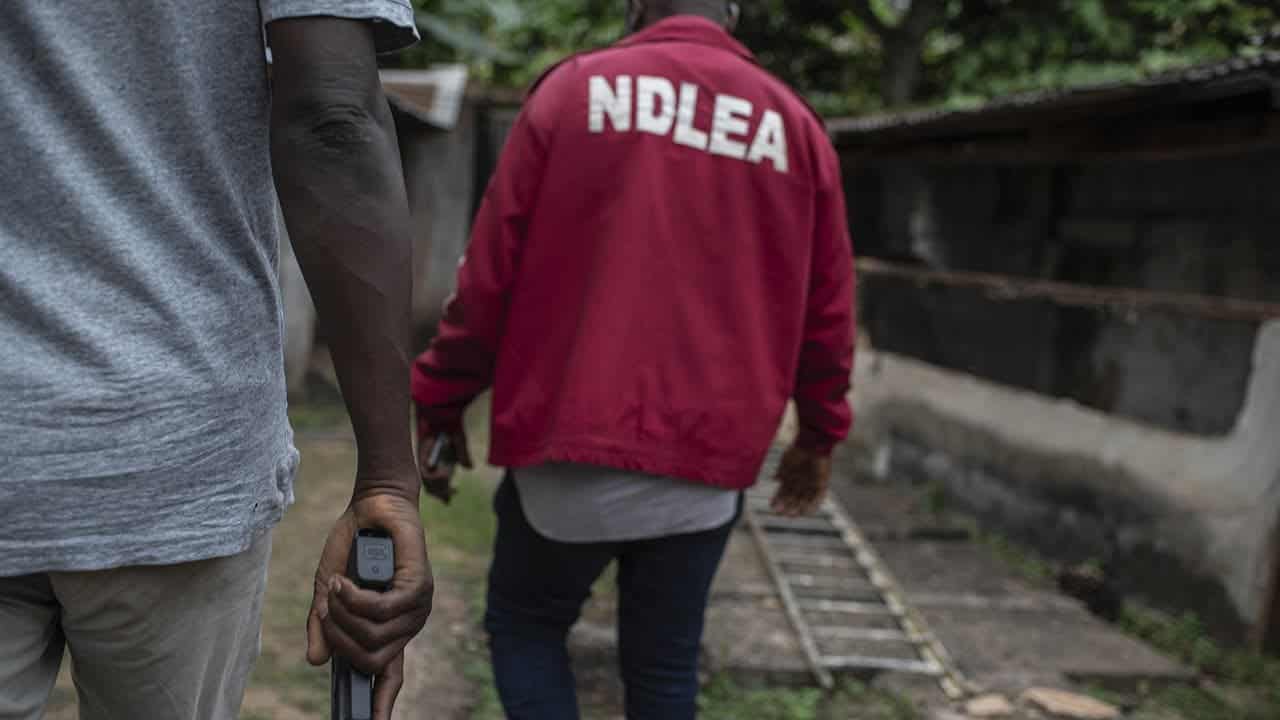 Armed men opened fire on National Drug Law Enforcement Agency operatives on Awolowo road on Monday night, attempting to prevent them from arresting the driver of a truck loaded with several bags of cannabis.

According to a source, the armed men, who are believed to be from an unidentified security agency, also smashed one of the anti-narcotics agency’s operational vehicles.

However, the intervention of some military men prevented a bloodbath, as the armed men fled the scene with the truck’s driver, abandoning the truck.