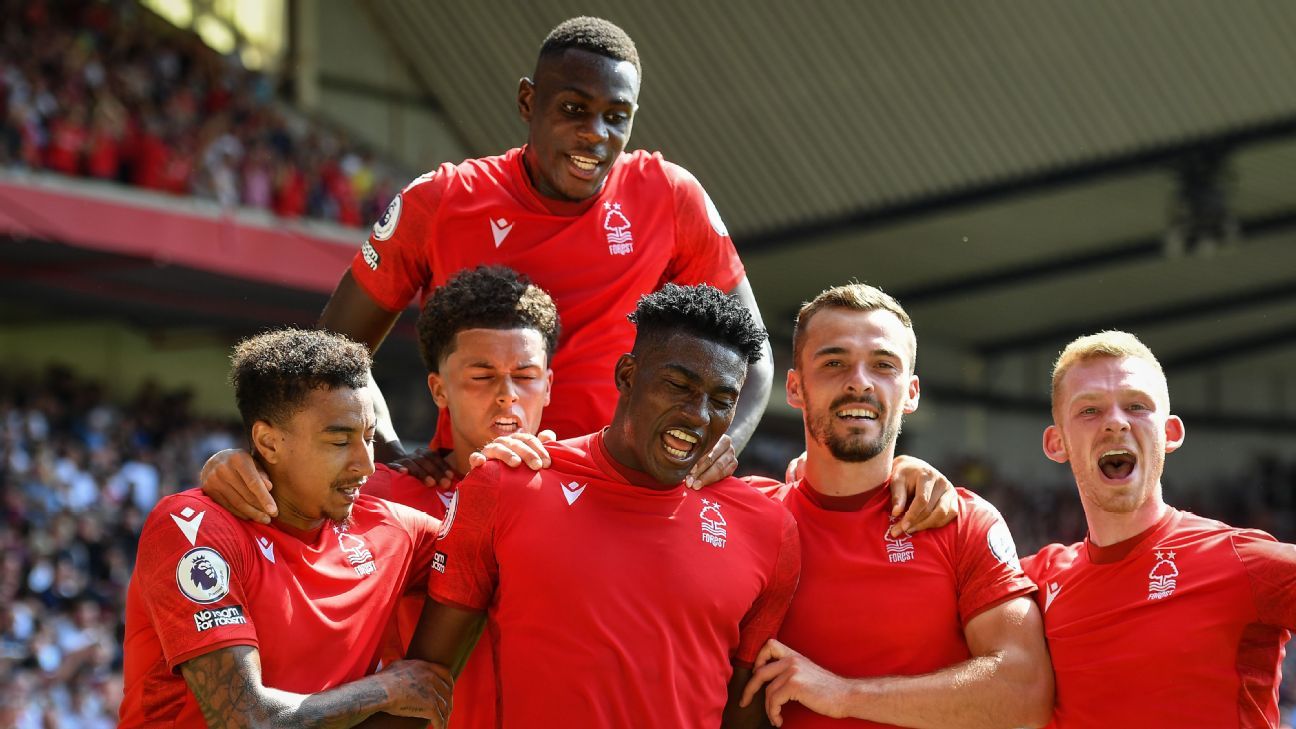 Nottingham Forest made their 21st signing of the summer on transfer deadline day on Thursday, breaking the English record for the most arrivals in one transfer window.

Forest, who secured promotion to the Premier League last season, completed deals for defenders Loic Bade, from Rennes, and Willy Boly, from Wolves, as well as winger Josh Bowler from Blackpool on a hectic final day of the transfer window. Bowler was subsequently loaned to Greek side Olympiakos for the remainder of the season.

Nottingham Forest made their 21st signing of the summer on Thursday, breaking the English record for the most arrivals in one transfer window.

Significant changes were expected from the Forest team that earned promotion through last year’s Championship playoffs, with five players who were on loan last season departing the club. A further five players left on free transfers.

Still, the volume of news arrivals has caught the eye of many.

Included in those deals, Forest smashed their previous transfer record to sign midfielder Morgan Gibbs-White for an initial fee of £25 million that could rise to £42.5m with add-ons.

Forest have begun the season by taking four points from their opening five matches and currently sit 15th in the Premier League standings.