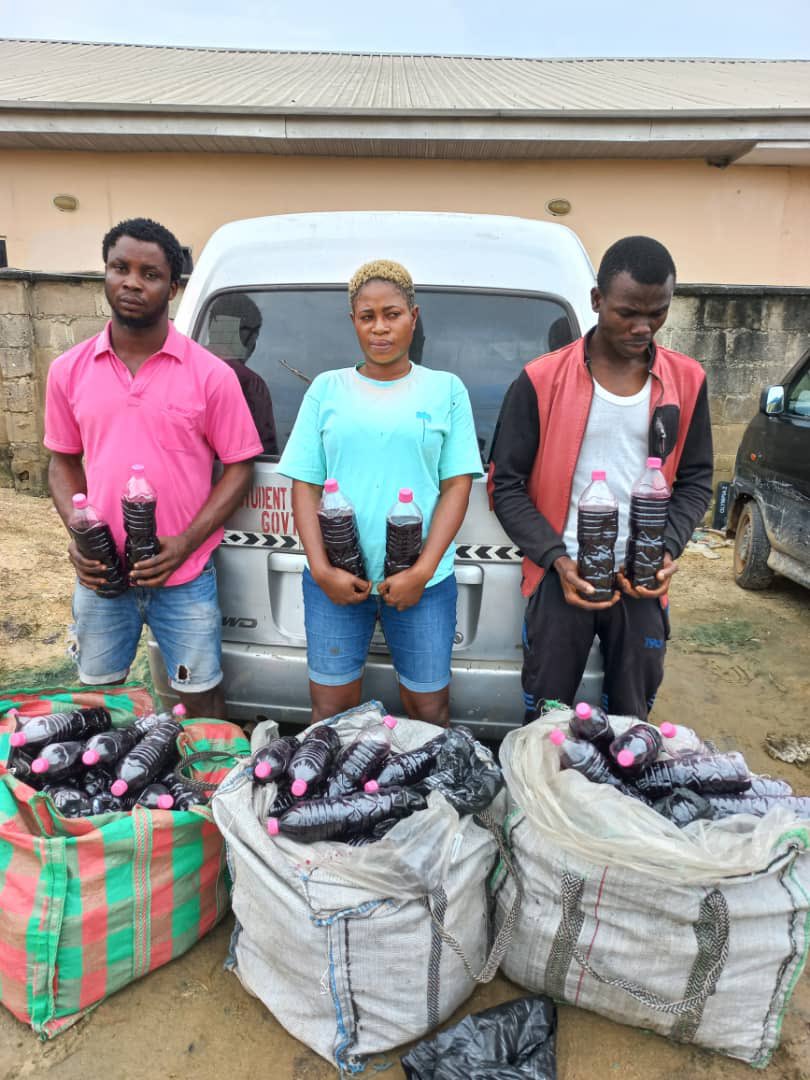 The police in Lagos have arrested three persons with a substance suspected to Skuchies, a local illicit drug.

Skuchies is a cocktail of drugs – a combination of Cannabis Sativa, Tramadol tablets of 232kgms category, cough syrup with Codeine, Swifnol, zobo, etc. The exposure was given by another social media user (@james_veni) who commented on the initial post made by the Public Relations Officer (PRO) of the Lagos State Police Command, SP Benjamin Hundeyin.

Hundeyin said that investigation has commenced.