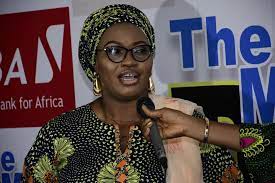 It is the obligation of Nigerians, according to Princess Samiat Abolanle Bada, Mayoress of the Ikosi-Isheri Local Council Development Area, to promote African culture and customs.

Prior to the annual Ikosi-Isheri Ketu-Magodo cultural carnival, Princess Bada discussed the need of promoting our African culture as Nigerians and members of various ethnic groups in the nation on a Tuesday morning TVC broadcast.

“As Africans, we have diverse culture and heritage that have long been a part of who we are,” she remarked. ” It is up to us to bring back many of our lost customs and traditions from our culture. We cannot afford to lose sight of our origins because knowing where we came from is essential to understanding where we are heading.

Princess Bada also downplays the notion that practising one’s culture is hampered by one’s faith. She stated: “Despite their differences, culture and religion can coexist. I shouldn’t have to forget or disregard my cultural ways just because I practise Islam.”

On September 30 and October 1, Princess Bada will host the second edition of the yearly Ikosi-Isheri Ketu-Magodo cultural carnival, which will feature a variety of events like awards, pageantry, music and dance, cultural events, and others. She said the carnival will be a great way to commemorate the country’s independence day.