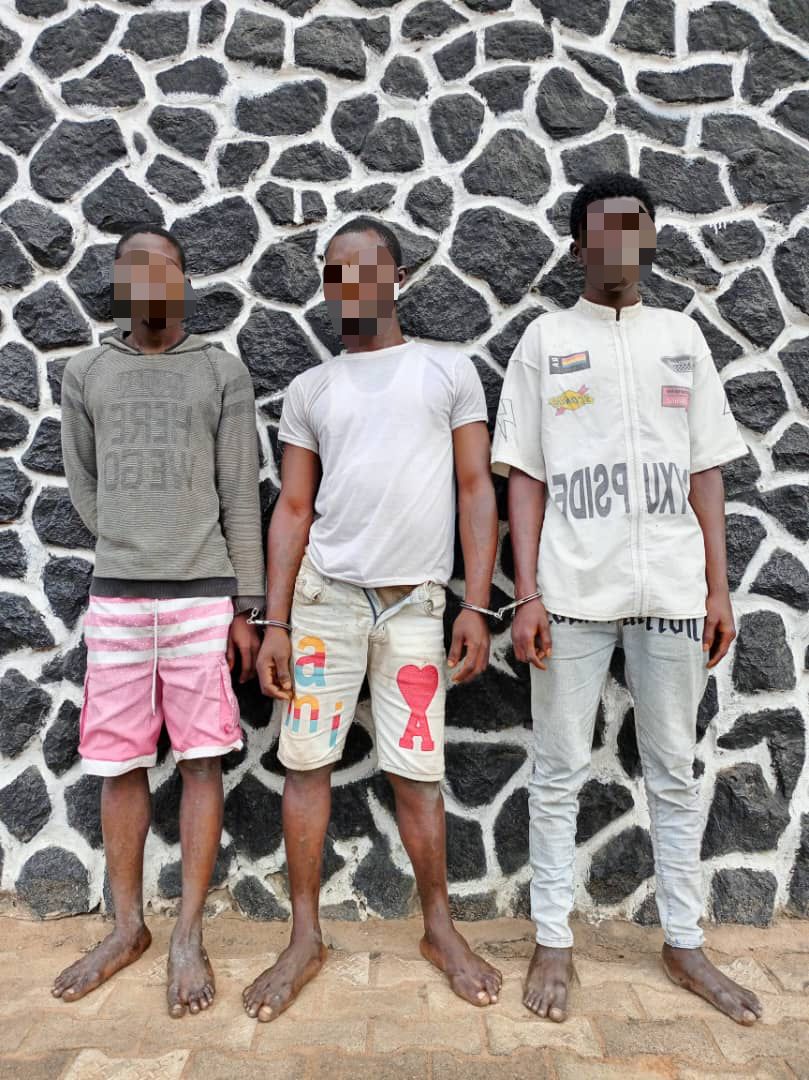 Three members of a notorious traffic robbery gang have been arrested at ile-iwe/Kosofe, Ikorodu Road, Ketu, Lagos state for allegedly robbing motorists of their belongings.

This was made known in a statement signed by the Lagos state Police Public Relations Officer (PPRO), Benjamin Hundeyin on Tuesday.

The suspects who were identified as Segun Olaiya ‘m’ aged 20, Ayinde Waris ‘m’ aged 19 and Bashiru Mohammed aged 28 were arrested on Monday, September 26, 2022 at about 1900hrs by the operatives of Ketu Division of the Lagos State Police Command while they were attacking some motorists by policemen on covert operation in the area.

In the report, the PPRO stated that, the suspects are currently assisting the police in an ongoing investigation to arrest other members of their gang adding the already arrested suspects would be arraigned as soon as the investigation is over.

The Lagos State Commissioner of Police, CP Abiodun Alabi, fdc, however, directed that efforts be sustained across the state towards ensuring that all miscreants are apprehended and dealt with in accordance with the law.