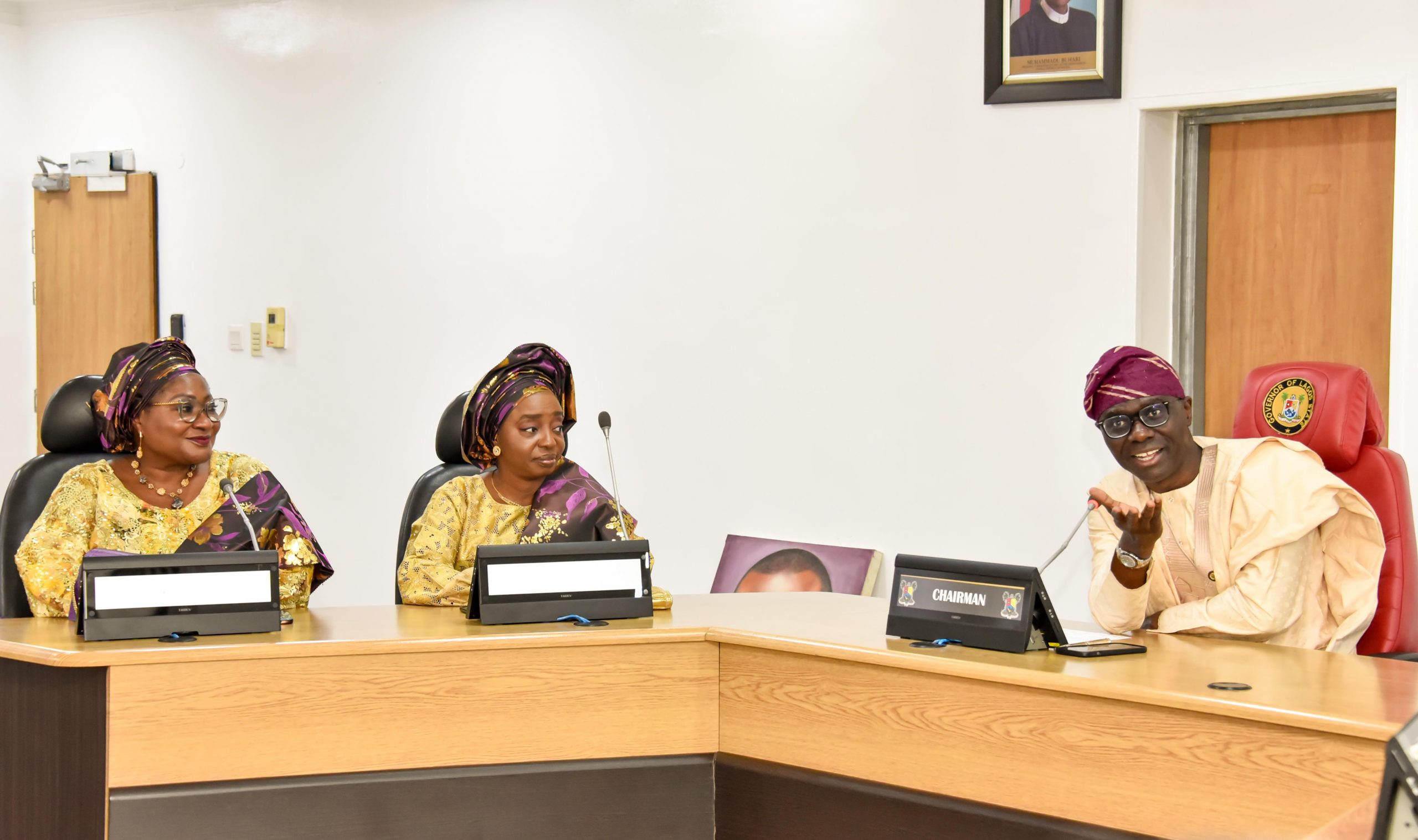 Lagos State Governor, Mr. Babajide Sanwo-Olu on Tuesday said the state government is currently building the biggest mental rehabilitation home in the country to comprehensively address the menace of drug abuse and provide the necessary care for victims.

Sanwo-Olu, who spoke while receiving members of the Southern Governors Wives’ Forum (SGWF) on a courtesy visit at Lagos House, Alausa, Ikeja, said the issue of Illicit dealing in drugs and substance abuse requires serious effort and commitment of all stakeholders to frontally tackle it in the best interest of the society.

He commended the Governors’ Wives for their resilience and support in fighting Sexual and Gender-Based Violence and also drug abuse in their respective states.

“I want to thank you all for your efforts, particularly your pet projects to address Sexual and Gender-Based Violence (SGBV). It’s something that permeates everywhere and for us in Lagos, we have faced it with all it takes.

“We have a law and we have also gone further to establish a full-fledged Agency so that they can respond faster and they have all it takes to run faster and not be subsumed or delayed. We are giving it the importance that it deserves. The Agency is doing a good job and we acknowledge that there is room for improvement,” he said.

On drug abuse, the Governor said it was encouraging that the SGWF was focusing on it with advocacy and other initiatives to ensure that it remains on the front burner.

According to the Governor, “I also would like to commend you for the advocacy against drug abuse. It is a real issue and it is not something we should gloss over or hide.

“We can see in the papers today where drugs were recovered from a big mansion. A couple of weeks ago, we saw how horrible drugs were uncovered. So, it’s something we need to talk about and we should not shy away from it.

“It cuts across – drug issues, mental health issues are things we should speak about and deal with. For us as a government, we are building the biggest mental rehabilitation home in the country as we speak so that we can deal with this problem with all it takes and people that require help, can be supported. Also, people that are criminally minded can be dealt with in accordance with the law.”

Earlier, Lagos State First Lady, Dr. Ibijoke Sanwo-Olu said members of the SGWF were in Lagos for their Quarterly Meeting, and that the forum is a platform uniting all the Wives of the Southern State Governors and is also an avenue for sharing notes on governance and ideas that can trigger economic and social rebirth.

Also speaking, the President of the SGWF and Wife of Osun State Governor, Mrs. Kafayat Oyetola commended Governor Sanwo-Olu for the huge progress so far made in terms of the blue light rail project and also the proactive measure with which Lagos saved the entire country during the height of COVID-19 pandemic.

She said Gender-Based Violence had been well addressed in Lagos State, and that it was laudable that the Governor’s projects and initiatives are in line with the objectives of Governors’ Wives.

On her part, Chairman of the Nigerian Governors Wives’ Forum (NGWF) and First Lady of Ekiti State, Erelu Bisi Fayemi also commended Governor Sanwo-Olu for putting what Governors’ Wives have always preached into practice which is that there cannot be a success in achieving any of the Sustainable Development Goals without the full and equal participation of women.

“Lagos State has always set the example of what it means to have women in leadership at all levels and so we would like to thank you Mr. Governor and please ask that you continue to encourage other Governors in the country to improve opportunities for women and girls in their States through policies and programs,” she said.

Earlier, the Governors’ Wives met at Eko Hotels and Suites, Victoria Island, Lagos, and afterward inspected the ongoing work at the Office of the First Lady of Lagos State and J.K Randle Centre for Yoruba and History, Onikan, respectively.