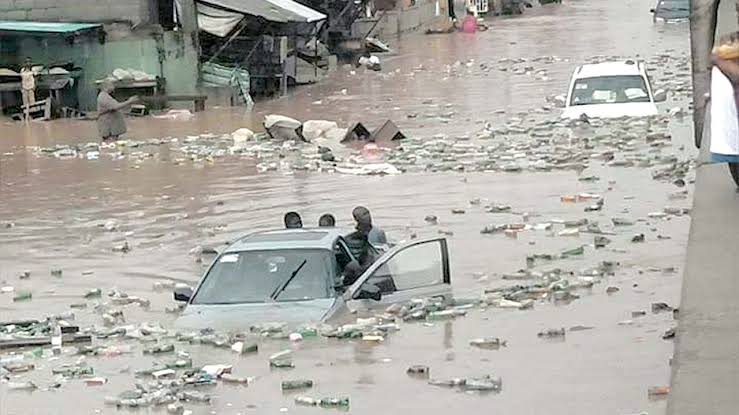 The Lagos State Government on Wednesday advised residents of the State, especially those residing on the banks of the Ogun River to be ready to protect themselves because of the high intensity of flooding occasioned by heavy rainfall and the release of water.

A statement signed by the State Commissioner for the Environment and Water Resources, Tunji Bello, said October is the peak period that may bring about flooding of the areas that are contiguous to the Ogun River.

He stressed that going by the projection of the Seasonal Rainfall Pattern released early in the year by the Nigerian Metrological Services (NIMET), the peak of the resurgent rainfall for the year will be in October.

Tunji Bello said the situation may also be worsened by the release of water from Oyan Dam by the Ogun Oshun River Basin Development Authority, which will further increase the level of water in the Lagoon.

He explained that Lagos State is also working in concert with the Ogun Oshun River Basin Development Authority to ensure that water released from the dam has a minimal negative impact on the residents.

Bello stated that in light of these, the Ogun Osun River Basin Authority gave the information that it has so far released approximately 670.7 million cubic meters (mcm) volume of water from January 2022 to date.

He added that the water release projection from the Ogun Oshun River Basin, relying on the early year projection of NIMET and Nigerian Hydrological Services (NIHSA), intends to maximise the created space in the reservoir and released at a controlled and average rate of 5-6 million cubic meter per day to allow other major and uncontrolled tributaries to River Ogun to discharge into the sea.

For the months of November and December, he said, the Ogun Oshun River Basin Authority will release water from the Dam, gradually at an average rate of 2-4 million cubic meters per day before the closure of the radial gates for the Year 2022.

The Commissioner, however, noted that the advice is being given to avoid human casualties that may accompany heavy flooding that is projected around the Ogun River area around this time.