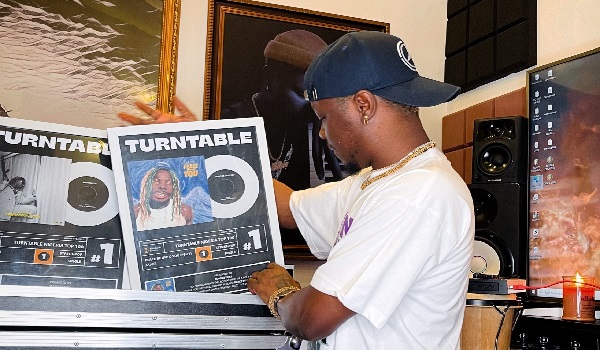 Everyone appears to be safe and sound, based on his post.

Magicsticks, a popular music producer, has revealed how he survived an accident a day into the year 2023.

The producer, who is responsible for many of Asake’s beats, revealed that he and his mother were in a terrible accident and were only saved by God.

He revealed that it was his custom to spend the New Year’s Eve with his mother, and on their way out, they were involved in an accident when one of their car tyres came off and went down the hill, with their car also at the edge of the hill.

In his own words, “I usually spend New Year’s Eve with my mother. So, on January 2nd, we had an accident on our way out. The front tire blew out and rolled down the hill. Our car was also on the verge, for which I am grateful to God. Best wishes for the new year.”

Magicsticks is a Nigerian record producer, sound engineer, and disc jockey with the catchphrase “Tune in for the King of Sounds and Blues.”

His most well-known work is the production of all 12 songs on Asake’s ‘Mr. Money with the Vibe’ album, which debuted at number 66 on the Billboard 200 charts and topped the charts in 31 other countries.