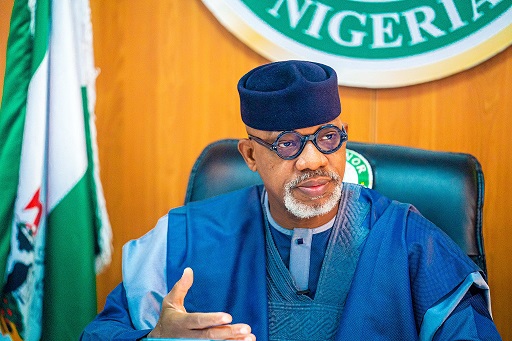 Governor of Ogun State and Chairman of the Accreditation and Decoration Committee for the All Progressives Congress (APC) Presidential Primary, has praised the accreditation of delegates as a major success, despite small hiccups at the start of the process.

Governor Abiodun announced this to reporters at the International Conference Centre in Abuja at a press conference on the accreditation of delegates for the election, noting that despite a few minor hiccups, the procedure was a huge success.

“36 states and the Federal Capital Territory with 2322 delegates are being accredited,” Prince Abiodun said.If you have a few isolated cases of say one or two, I don’t think that is unusual and one beautiful thing is that we have resolved all of them.

” There were a few snags here and there due to typographical issues and missing names. Enugu and Edo cases, for example, have been resolved, as has the case of Anambra State. “I believe we will have a first-class Primary election now that all of these difficulties have been successfully resolved,” he stated.

The governor described the accreditation process, saying that when delegates arrived at the Civic Centre, they would find their State booth, produce their valid identity, and then be given a delegate card with the delegate’s name, state and local government, and QR code.

” Once the card has been scanned, it cannot be passed on to anybody else.” All of these characteristics are integrated in the delegate card, and we believe this is the first time this type of process has been employed, so we are optimistic that we will have a world-class Presidential Primary,” the Governor stated.

While noting that his Committee collaborates with other committees, he stated that the Accreditation Committee’s role is to ensure that only valid delegates, observers, protocols, governors, and other eligible people are allowed into the venue.

He also stated that a lot of effort has gone into planning to ensure that delegates are attended to in the shortest time possible.

Senator for Lagos West, Senator Olamilekan Adeola commended the governor Abiodun led committee for doing a good job advising the delegates to vote for a candidate that would work for the betterment of the people.