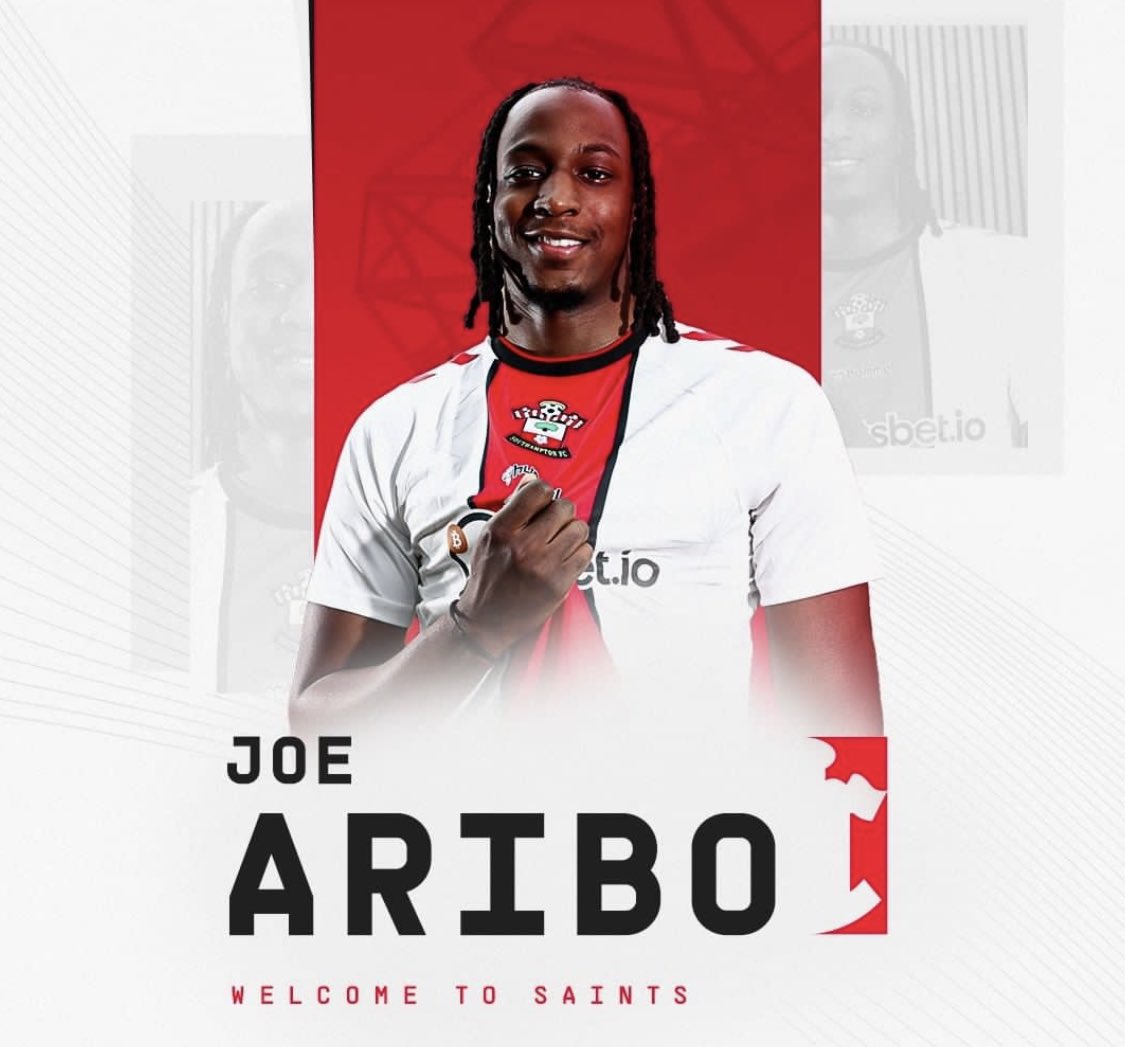 In a statement, the club said; “Southampton Football Club is delighted to announce the signing of Joe Aribo from Rangers on a four-year deal.”

The 25-year-old has spent the last three seasons at Ibrox, scoring 26 goals in 149 appearances following his 2019 move from Charlton Athletic.

Aribo helped the Glasgow giants capture their first Scottish Premiership title in 10 years, also lifting the Scottish Cup, and was a runner-up in last season’s UEFA Europa League in which he scored in the final.

Born in London, he represents Nigeria on the international scene, earning 20 caps to date and scoring on each of his first two appearances for the Super Eagles against Ukraine and Brazil in 2019.

Known for his versatility, Aribo stands at 6ft tall and can operate anywhere across midfield, or as a forward.

Southampton manager Ralph Hasenhüttl said: “Joe is a player with many qualities to his game, and we are very excited to welcome him to the squad in time for the pre-season trip to Austria.

“We believe Joe can bring energy and creativity to our side. Feeling comfortable in so many different positions is very helpful for a manager and shows he has a high level of football intelligence, with the ability to take on new information quickly.

“He has played a lot of games already in his career, at a very high level, and his performances in the Europa League prove he has the quality to play in the Premier League. This is a big ambition for him, and he is hungry to show everybody he can do it.”

Joe Aribo said: “It’s an amazing club with a lot of history here, and it’s a good plan with what’s to come next. I’m really excited for the journey.

“The Premier League is the best league in the world. I’ve been watching it since I was a young boy, it’s always been a goal for me to play here and show what I can do on this stage.

“It’s an amazing feeling, a dream come true. This is where I’ve wanted to be since I was a child growing up playing, so to say that I’m here now is really exciting.”