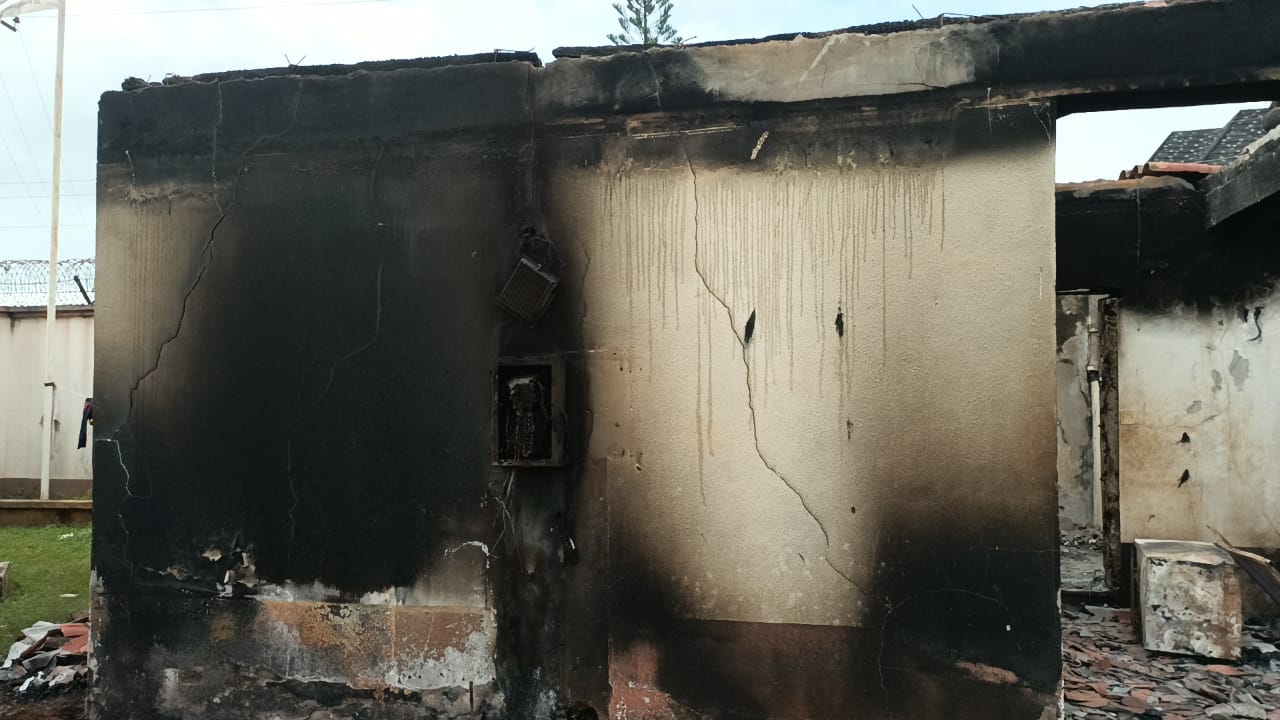 When arsonists set fire to Alhaji Abubakar Usman’s home in Otukpo, Benue State, early on Wednesday, the crisis roiling the All Progressives Congress in that state took on dangerous proportions.

According to reports, unidentified assailants set fire to the home in GRA, Otukpo at three in the morning.

According to reports, the front portion of the structure—which contained the security station and auxiliary buildings—was completely destroyed by the fire.

A few days ago, Alhaji Abubakar, a former Benue South senatorial candidate, erected a mock coffin and an APC register of condolences in front of his home.

This was perceived by some local party members to indicate the demise of the APC.

To indicate his discontent with the state’s APC leadership over the selection of the deputy governorship candidate that he (Abubakar) and others opposed, he displayed the coffin and a record of condolences.

Alhaji Abubakar, who corroborated the fire event, told a caller that he personally placed the imitation coffin to alert the party’s leadership to a problem with the party in the region.

“Yes, they set fire to my house in Otukpo,” he replied. It had an impact on the guard house.

Abubakar responded, “I kept the casket to show that our party APC is soon to die and there is a need to save it,” when asked why he had a faux coffin on display in front of his home. Just a message, really.

“Today marks the fourth day that the casket has been positioned in front of my house.” The coffin has been maintained there by me. I took that action as a result of what happened at the party in my area. I did that to demonstrate how the party will want oxygen if anything is not done right away.

“The crisis is over deputy governorship nomination which some people like John Ochoga, Simon Shango, and Tilley Gyado are insisting on Samuel Ode while I as the leader of the party in the zone is told that it should go to Apa/Agatu.”

“But somebody that has done it is not far from a member of my party in the zone,” the APC chairman stated, adding that he had no suspicions about anyone.

They destroyed my security house, he continued. The DSS and police are informed. My team and I extinguished the fire.