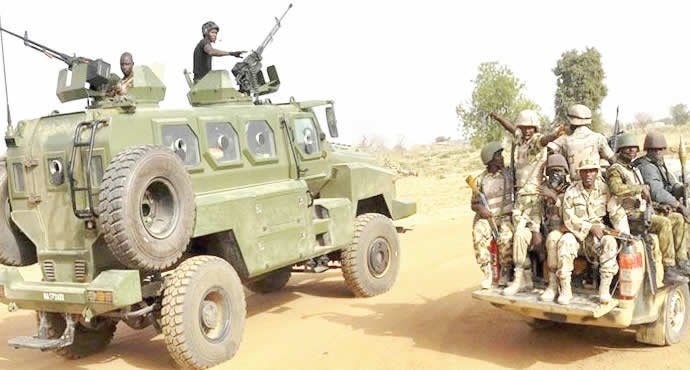 Major General Ibrahim Ali, the Commander of Operation Safe Haven, has stated that the military will remain neutral and fair to all in order to secure the nation.

OPSH is a multi-task force in charge of life and property security in Plateau, Bauchi, and parts of southern Kaduna.

It was formed in 2010 and includes the Nigerian Army, Navy, Air Force, Police, Nigerian Security and Civil Defense Corps, and the Department of State Security.

The Mobile Police and the Special Investigation Bureau make up the Police component.

Ali, who is also the General Officer Commanding III Division of the Nigerian Army in Rukuba, near Jos, made this known to a delegation from the Centre for Humanitarian Dialogue when they visited him in Jos on Wednesday.

He stated that the OPSH used non-kinetic strategies to eliminate violent tendencies that could cause chaos in society.

He insisted that the operation has zero tolerance for violations of human rights, and that its goal is to create a more secure environment for the realization of steady growth and development.

Ali, who praised the organization for its role in conflict resolution in communities, stated that the meeting would strengthen the organization’s relationship with the military, particularly in the areas of information sharing and rapid response to security threats.

Earlier, Mrs Olufemi Domkap, the delegation’s leader and the organization’s Project Associate, praised OPSH for responding to security threats based on credible information provided by it.

She stated that the organization had made a significant contribution to influencing the lives of troublemakers in society to embrace peace and friendship among various ethnic and religious groups.

Domkap, on the other hand, emphasized the importance of enhancing women’s capacity for “back-door” conversation during conflict resolution.

She advocated for the training of traditional rulers in mediation and conflict resolution, stating that if communities use local dispute resolution methods, permanent peace can be achieved.