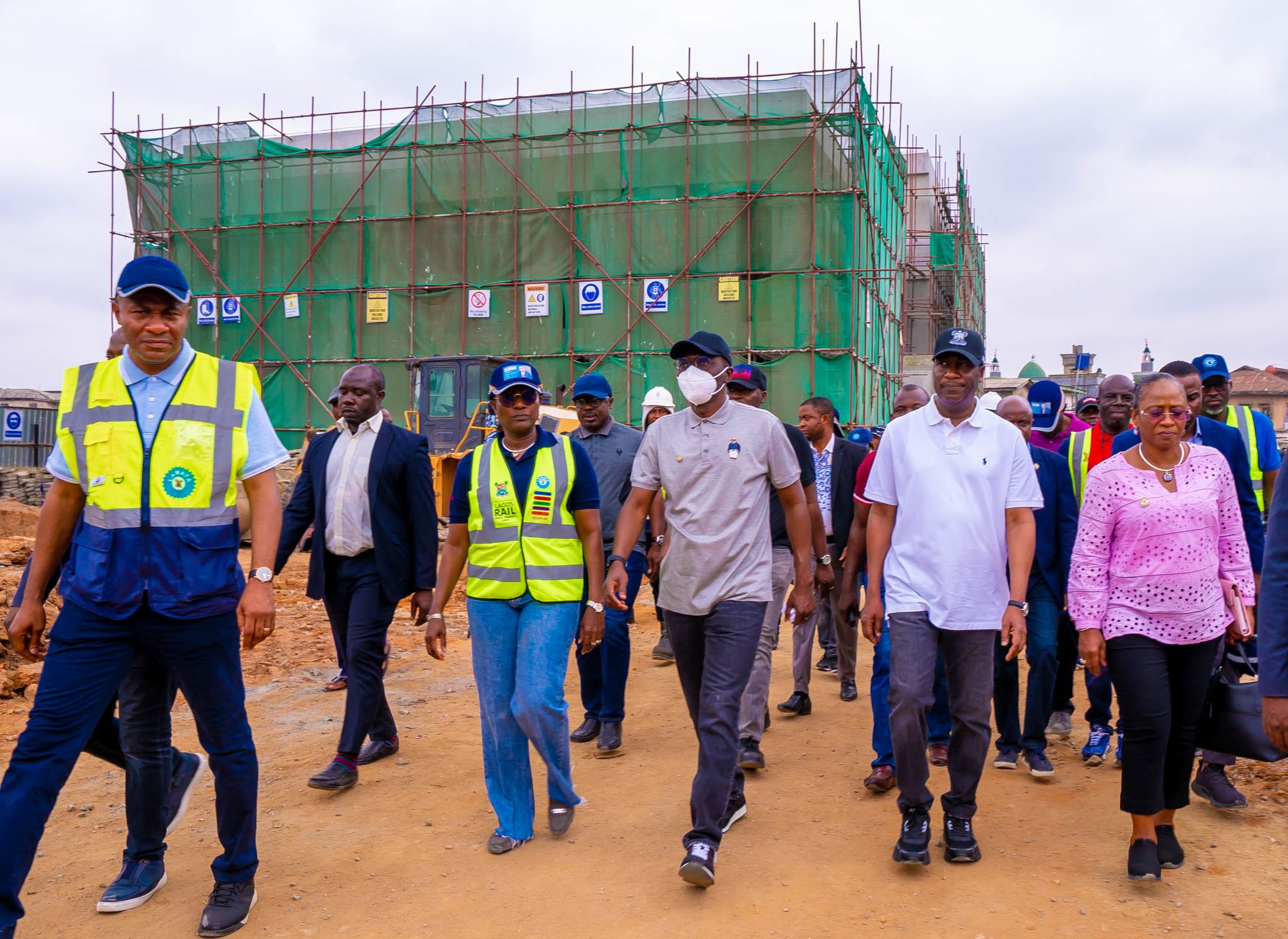 It’s the fourth time in a year the Governor would be inspecting the pace of work on the 37-kilometre-long rail infrastructure wholly started by his administration, with Sanwo-Olu assuring Lagosians that the rail project would be delivered on its scheduled completion date.

The transport infrastructure being developed by the Lagos Metropolitan Area Transport Authority (LAMATA) will have the capacity to transport over 500,000 passengers daily when it becomes operational in the first quarter of next year. 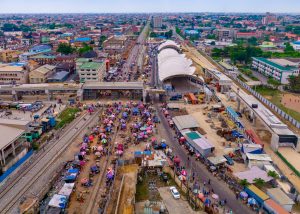 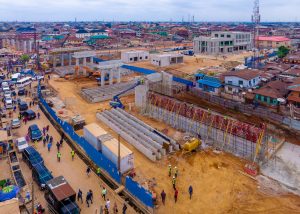 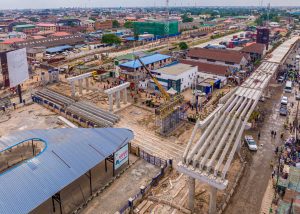 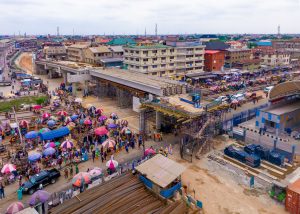 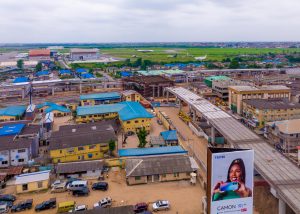 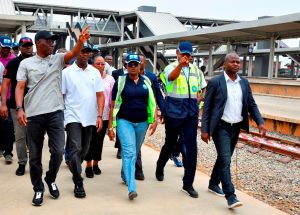 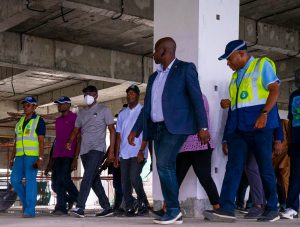 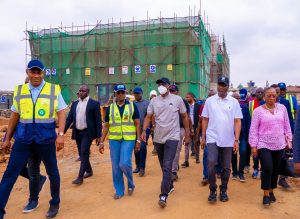 The Red Line will traverse on standard gauge from Agbado to Oyingbo, in the first phase, while terminating at Iddo in the second phase. It has eight stations and it is expected to reduce travel by over two hours.

Sanwo-Olu, joined on the project tour by the Deputy Governor, Dr. Obafemi Hamzat, and members of cabinet, first stopped at the multi-level Agege Terminal, where he inspected completion work on the facility.

The Governor also inspected the staff quarters built by the Lagos Government for the railway workers in the employment of the Federal Government.

Sanwo-Olu, thereafter, led the team to the iconic Ikeja Station of the Red Line, where 80 per cent of the civil work had been completed. The Governor also checked the progress of the overpass being constructed on Awolowo Way axis to ensure non-interference of vehicular movement on the rail passageway.

The Governor stopped at Mushin terminal, to inspect the station and overpass, which stretches between Kayode and Ogunmokun streets, being developed there, before proceeding to Yaba and Oyingbo stations.

After the exercise that lasted for four hours, Sanwo-Olu expressed satisfaction on the quality of the work done, disclosing that most of the difficult tasks had been completed.

The entire construction, the Governor said, has moved into the finishing phase in which precast beams and other concrete fittings are being coupled to the constructed structures.

He said: “The Red Line is a project conceived and started by our Government, which will be delivered in the lifetime of this administration. We have given our commitment to ensure the project is completed by the end of this year as promised. This is our fourth inspection trip on this project within the year alone and each time we come, there is significant progress that the contractor achieves along the rail corridor.

“Along the rail corridor, there is massive regeneration that is taking place and we have paid extensive amount in terms of compensation, far more than anyone else, for those affected by the construction activities. That is why we don’t have problem with members of the communities on this corridor. After inspecting the Agege station, we went on to check the Ikeja terminal, which happens to be the iconic station of the Red Line. Its size is almost about the size of three football fields together.

“As we have seen, all the stations inspected are at the roof level, moving into the completion stage. The civil work has been completed, it’s just the finishing job we are doing at the moment. All the activities are on schedule and we are hoping the best entire project will be completed by the end of the year. There are places that were particularly challenging for the contractor to do drilling due to high vehicular density. All the challenges have been overcome; what is left is concrete in-situ and placing of precast beams.”

Sanwo-Olu said the Mushin overpass, which crosses from Kayode Street at Ikorodu Road to Agege Motor Road in Mushin, and the one at Yaba from Tejuosho exiting onto Murtala Muhammed Road, would be completed by November.

To eliminate human interference with the rail corridor, the Governor said the rail passageway would be walled off the residential areas. This, he said, would also prevent encroachment and unapproved commercial activities around the corridor.

By Adeola Abdullah The Transmission Company of Nigeria (TCN) has announced that it has commenced investigation into the collapse of...