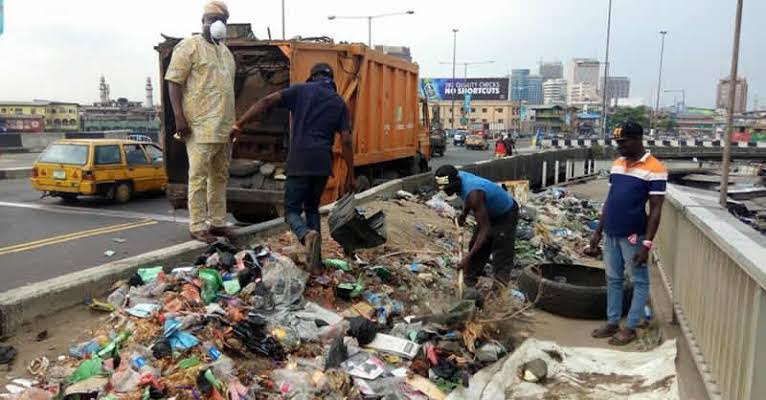 The Lagos State Waste Management Authority (LAWMA), has retrieved a day-old baby that was dumped in the garbage bin while evacuating water in the Ikoyi area of Lagos state.

This was confirmed on Thursday by the Lagos State Police Public Relations Officer, Benjamin Hundeyin, who mentioned that the LAWMA officials immediately filed a report at the Ikoyi police division, after the baby was discovered at the dumpsite.

He added that if not for the quick detection of the officials, the baby probably would have died.

“The officials reported that they were on their routine duty of moving wastes around the Ikoyi area when they discovered the newly born baby wrapped in a polythene bag,” He said.

“A police team led by the Divisional Crime Officer rushed to the scene. The baby was rushed to Military Hospital, 81 Division, Dodan Barracks Ikoyi for medical treatment before taking the child to Motherless Baby Home.”

He added that the baby is doing fine, noting that an investigation has commenced on the matter.

“Infanticide is a crime and punishable,” he warned.

Section 327A of the Criminal Code Act stipulates stringent punishment for a woman guilty of infanticide.

“Where a woman by any wilful act or omission causes the death of her child being a child under the age of twelve months, but at the time of the act or omission the balance of her mind was disturbed by reason of her not having fully recovered from the effect of lactation consequent upon the birth of the child, then notwithstanding that the circumstances were such that but for this section of this Code the offence would have amounted to murder, she is guilty of a felony, to wit of infanticide, and may for such offence be dealt with and punished as if she had been guilty of the offence of manslaughter of the child,” the section reads.