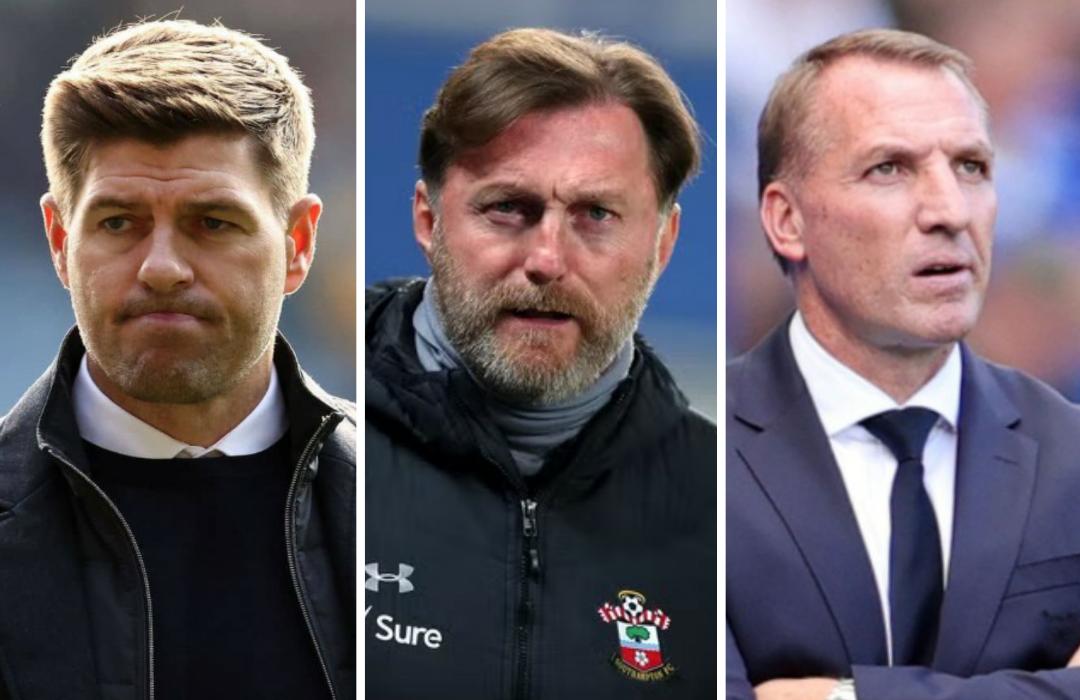 The three managers have been under pressure lately after strings of poor performances at their various clubs.

For Brendan Rodgers and Steven Gerrard, this week promises to bring either a much-needed lifeline or the final nail in their coffin at Leicester and Aston Villa respectively.

Both managers are under serious scrutiny heading into their next fixtures. Rodgers’ position as Foxes boss is hanging by the barest of threads after winning just one game all season, while Gerrard is becoming an unpopular figure amongst Villa fans having lost five of their first 10 matches.

Liverpool’s former manager-and-captain duo are in desperate need of three points to lift some pressure from their shoulders, with Leicester looking to take them against Leeds at the King Power and Villa away at Fulham.

Should they come away empty handed once more, or even take a solitary point, it would not be a surprise to see either boss axed before the end of the week.

Ralph Hasenhuttl is also under the cosh at Southampton, who are without a win in five games. Defeat away at Gary O’Neil’s high-flying Bournemouth would likely raise questions over his future at St Mary’s.