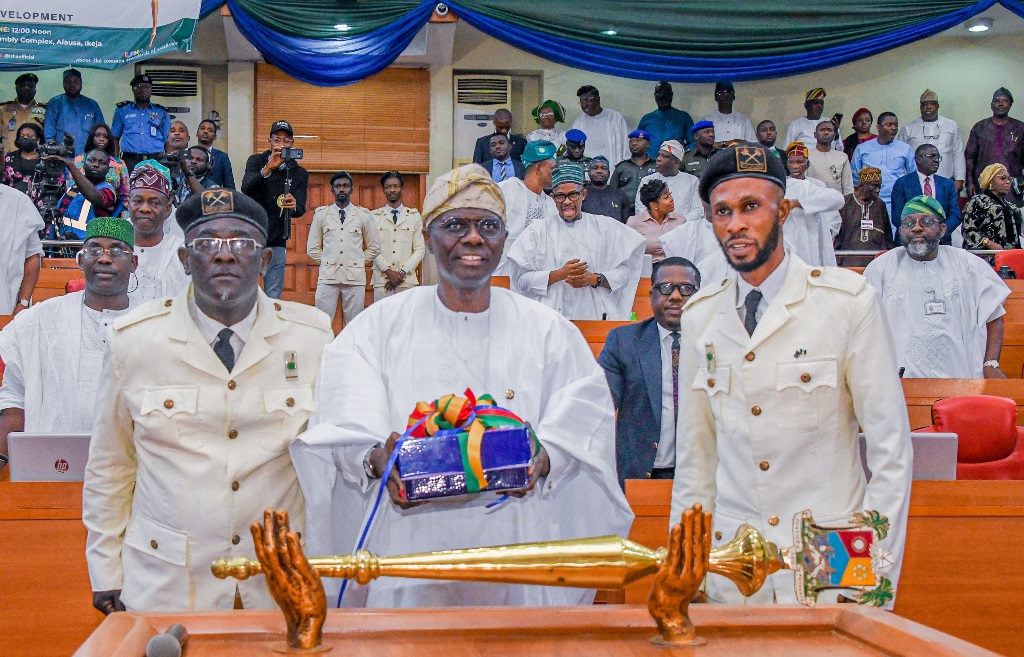 Lagos State Governor Babajide Sanwo-Olu has reeled out what the priorities of the State will be in 2023 when he presented N1.693 trillion 2023 Appropriation Bill to the House of Assembly, on Thursday.

The State, the Governor said, will sustain its strategic investment in human capital and channel resources to deliver more infrastructure to keep its economy on the path of growth beyond next year. The State Government’s major concerns in 2023 are health and environment, education, and economy.

Sanwo-Olu proposed N153.5 billion allocation to education next year, representing 9.07 per cent of the total budget estimates, in order to consolidate the gains of the past years in the sector. He said the previous investments in education had yielded, leading to the achievement of a record high performance of 82 per cent in the 2022 West African Senior School Certificate Examination (WASSCE).

This was against 39 per cent in 2019 when the administration came on board. 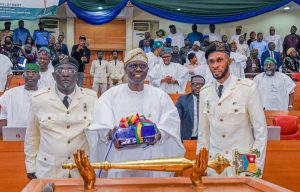 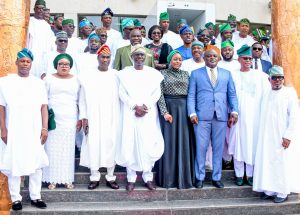 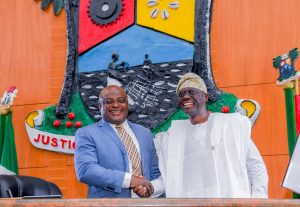 The Governor is earmarking N339 billion capital (20.06 per cent) to provide infrastructure in various sectors next year, while dedicating an aggregate of N191 billion, representing 11.29 per cent, to health and environment.

The fiscal proposal tagged “Budget of Continuity”, Sanwo-Olu said, presented his administration the opportunity to consolidate on its development strides since inception and satisfy the yearnings of the residents. He said the State would not only “aggressively” focus on completing ongoing projects next year, it would also expand intervention programmes and intensify social support to citizens and their means of livelihoods.

The 2023 Appropriation Bill has a capital expenditure of N932.7 billion, representing 55 per cent of the 2023 budget. The recurrent expenditure, representing 45 per cent, is N759.96 billion, which includes personnel cost, overhead and debt services.

Sanwo-Olu said the next year’s spendings would further demonstrate his Government’s determination to scale up good governance and quality service to the people through the T.H.E.M.E.S Agenda, stressing that the budget would propel the State to higher level of fiscal growth and social development.

He said: “The Year 2023 Appropriation Bill, which will be the final budget of our administration before the 2023 general elections, expresses our unwavering determination to keep serving the people of Lagos through our development agenda, while we uphold the trust and faith reposed in us by the people since 2019. As we return to the campaign trail to seek the mandate of Lagosians for another four years, we have resolved to continue our audacious interventions in every sector of the economy.

“This Budget of Continuity will propel Lagos to the next fiscal level and economic growth. Another significant moment beckons in the life of our administration; it is the culmination of a tenure dedicated to achieving a Greater Lagos, and the start of a new one dedicated to unlocking a higher level of growth and prosperity for our people. Next year, we will aggressively focus on completing ongoing projects, while also expanding our social intervention programs and support for citizens, and for micro and small businesses. The budget will offer us an opportunity to consolidate on all we have been doing towards satisfying the yearnings and aspirations of the people.”

Of the proposed 2023 expenditure, N1.343 trillion would accrue from Internally Generated Revenues (IGRs) and federal transfers, while deficit financing of N350 billion would be sourced from external and domestic loans, and bonds projected to be within the State’s fiscal sustainability parameters.

The State would be earmarking an aggregate of N67.4 billion, representing 3.98 per cent of the 2023 budget, to achieve the Government’s social housing programme and provide amenities across communities.

The Governor justified the State’s continued investment in security, noting that Lagos was relatively safer than most parts of the country that are facing serious security breaches. He raised the vote dedicated to public order and safety to 4.78 per cent to sustain security spending and make Lagos safer for living, working and investment.

Despite global economic challenges, Sanwo-Olu said Lagos would be moving into the New Year, reaping bountiful dividends from its investment in integrated transport infrastructure and maritime.

He said: “I am delighted to announce that we are on the cusp of successfully birthing a fully functional light rail system in the metropolis. This is the first project of its kind, fully funded, by a sub-national government, anywhere in the world. The Lagos Blue and Red lines are scheduled to commence commercial operations next year. The combination of both rail lines will reduce the daily commute time of millions of Lagosians from 2.5hrs to 30 mins, significantly enhancing productivity and improving quality of life.

“We have also successfully facilitated more than $600m in investment into the Lekki Deep Sea Port, working closely with our private and public sector partners. From next week, the test-running of the Lekki seaport will start. This brand-new port have three times the capacity of the Apapa Port and will give Lagos almost 50 per cent of the shipping logistics volumes in West Africa. In addition, we have just recently received the Federal Government’s approval for the development of the Badagry Deep Sea Port.”

Sanwo-Olu said the current year’s budget had recorded 74 per cent performance as at the end of third quarter, but he raised the prospects of closing the implementation above 80 per cent by the end of the year.

Despite the challenges facing the State, the Governor said Lagos would continue to intensify efforts in building a resilient economy, stressing that the State had never lacked courage, character, conviction and creativity needed to retain its position as the nation’s economic powerhouse.

Speaker, Rt. Hon. Mudashiru Obasa, hailed Sanwo-Olu for sustaining the legacy of good governance inherited from his predecessors, testifying to the development strides recorded under the current administration.

Based on the “excellent” performance of previous budgets, Obasa said the legislature had no doubt that the Lagos 2023 Appropriations Bill would be implementable.

The Speaker, however, said the implementation of the fiscal plan must have a more human face, just as it should aim at reducing poverty and improving the wellbeing of the residents.

He said: “In the remaining months leading to the end of this administration, so much is needed to be done; so much is still needed from us as the good people of Lagos yearn for more dividends of democracy, especially at this critical time. The Year 2023 budget of Lagos should have more human face, and be targeted at reducing poverty and improving the welfare of the residents.

“We will continue to give the needed support to our dear Governor as we all march ahead to solidify the achievements recorded since 2019 when this administration took the reins of government. I assure Lagosians that members of this House will give a thought to the challenges highlighted as well as other considerations in the process of sharpening the proposal to meet the aspirations of the people.”