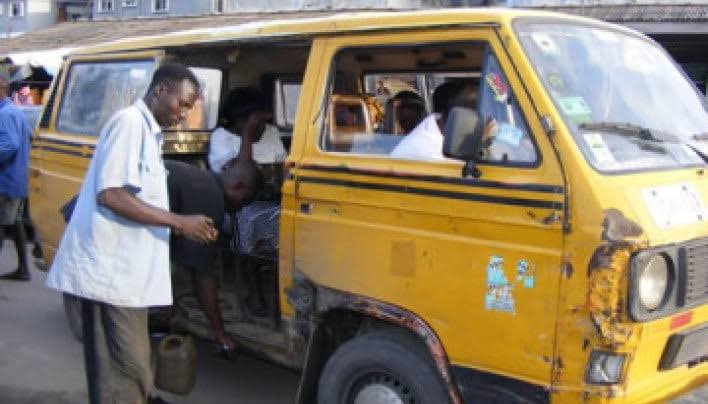 The Joint Drivers Association of Nigeria (JDWAN), Lagos State chapter, has called on the Lagos state government on the planned strike action and withdrawal of service of commercial buses beginning from Monday, October 31, 2022.

The joint drivers, mentioned this while speaking to journalists on Friday, during an emergency press conference, which was held in Lagos. 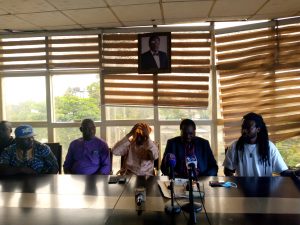 According to the National leader for the Association, Comrade Akintade Abiodun, the drivers will be embarking on a 7-day warning strike after the 3-day ultimatum given to the government on the demand that extortion, harassment and intimidation from the National Union of Road Transport Workers popularly known as ‘Agbero’ must stop.

He added that those expected to participate in the strike include drivers of mini buses (Korope), coaster buses Federal Mass Assisted Transit, Mazda buses, T4, LT, Ford and commercial cars that usually convene passengers would remove their vehicles from Lagos roads for one week if the government does not call for a dialogue at the end of the 3-day ultimatum which took effect after the briefing.

However, the general secretary, Ajimatanrareje Feyisayo, expressed his grief when he said that the Agberos are the worst nightmares of drivers’ in Lagos State adding that the drivers are harassed and intimidated on a daily basis by these touts who make them pay other monies apart from the three compulsory daily tickets that must be cleared.

He also noted how a driver, one Ademola Anisere was seriously beaten and injured while his vehicle was damaged by garage touts recently along the Badagry axis over failure to remit the early morning levies at one of the bus-stops.

According to him, ‘’Anisere was said to be coming out of his home to pick passengers when some garage touts swooped on him and all his pleas that he was just starting the day’s work fell on deaf ears and he was beaten to a pulp while his vehicle was damaged.

Ajimatanrareja also added that the multiple levies on the joint drivers by the garage boys and law enforcement agents have led to increase in the prices of food items in Lagos compared with other states, as consignments into the state are heavily levied by garage boys and touts who mount road blocks on Lagos roads to extort the drivers.

“We are expecting calls from the government for dialogue. If they yield to our demands, we will call off the strike but if they fail to yield, we would have no choice than to continue until our expectations is met.

“My advice to Nigerians is that they should bear with us and join in the struggle. Because the more these people are extorting from us, the more we will be increasing the transport fare and it will affect them.”

“When these extortion stops, the transport fare automatically will also reduce. That is why we are calling on the government to answer us and yield to all our demands.”

Meanwhile the Lead Counsel to the drivers, Ayo Ademiluyi, said the strike action was necessary to protest multiple extortion and violent harassment by members of Lagos State Parks and Management Committee led by Musiliu Akinsanya popularly known as MC Oluomo, in conjunction with law enforcement agencies in the state.

According to him, the drivers usually lose more than half of their income to the motor park boys through exorbitant levies in the garages and bus-stops whether or not they pick or drop passengers.

He kicked against the formation of the parks and garages committee, saying it’s not backed up by law.

He thereafter read out the demands of the drivers which says:

1. No to charging drivers three passengers money after loading in parks or garages, we are demanding it should be one passenger’s money per bus.

2. We demand that only Lagos State Government ticket should be the only ticket in Lagos, others e.g Lagos State parks & garages management, Lagos State care taker committee are not acceptable to all drivers in Lagos State.

3. We kick against paying motor park thugs at every bus stop. All illegal money paid after we leave the garages and parks should be abolished immediately.

4. Harassment by law enforcement agencies & intimidation with guns, Cutlass, broken bottles by LASTMA, task force & RRS must end immediately. They collaborate and hire thugs to attack and extort us every day without violating any law.

5. We have lesser bus stops for commercial vehicles. Most bust stops in Lagos are strictly assigned officially to brt buses only and we get arrested for dropping off passengers at existing bus stops which are known to commuters as official bus stops for decades. We demand that the Lagos State government should provide official bus stops in each community to avoid incessant arrests and stress for commuters who complain of having to trek several kilometres back to their bus stops.

However, the state chairman, Opeyemi Sulaiman appealed to the government to look into the demands of the drivers before things get out of hand.

He said, ‘’We are professional drivers, garage boys and touts are not licensed but are battle ready to cause chaos on the roads. We have reported them to the state government on several occasions but nothing was done.”

“Failure to adhere to these demands will only attract more protest and total boycott.”

Adedapo Oluwasogo a representative of the drivers also called on the Lagos State Government to quickly respond and avert the current anomaly.

He added that the government should rescue them so they can take care of their families adding that 70 per cent of their daily earnings go to the coffers of garage boys and touts.

‘’From Seme Park, we pay N7,100 before the first trip, yet, we forcefully pay levies at the 25 illegal tolls. On federal mass and Coaster buses, we pay N12,000 and above on each trip from Oko-Afo to CMS which includes loading charges at various bus-stops.

‘’Red buses from Ikorodu to Oshodi pay N5,000 while buses plying Yaba to Ikeja, Ketu to Oyingbo and several other areas are forced to pay beyond their noses to avoid their vehicles being damaged.