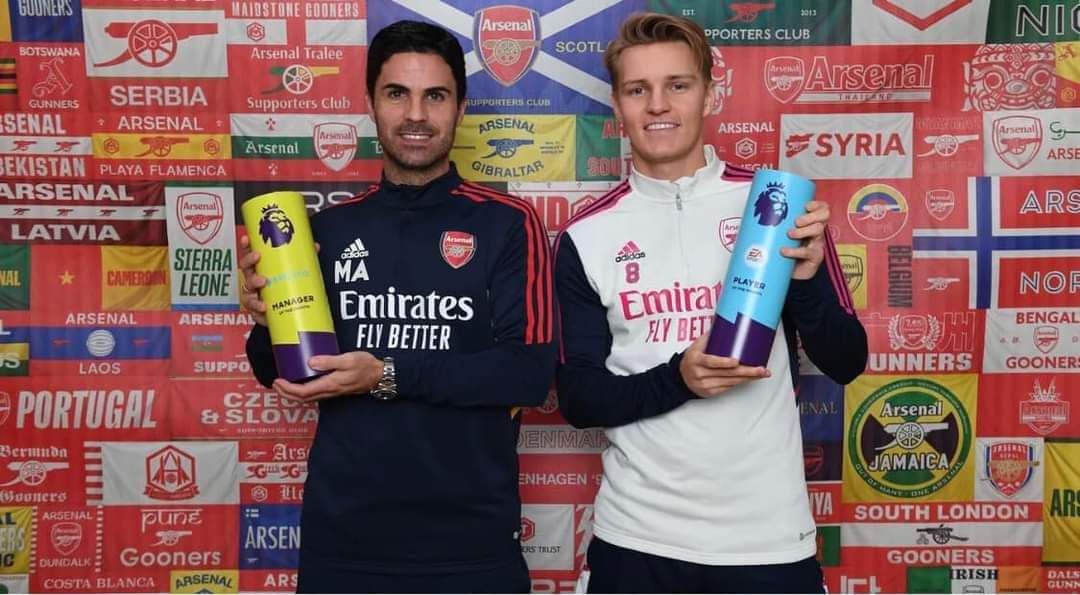 Arsenal manager Mikel Arteta has been named Premier League Manager of the Month for November and December after guiding Arsenal to four wins from four across the two months.

The Spaniard continued Arsenal’s strong start to the season after the World Cup, and he was duly rewarded with his second such accolade of the season.

Arsenal’s first half of the season was solidly concluded with victories over Chelsea and Wolves before the the World Cup tournament in Qatar, and they continued where they left off on Boxing Day against West Ham with a convincing 3-1 triumph.

Along with Arteta, Martin Odegaard won Player of the Month award for the first time ever, becoming just the second Norwegian to do so after Erling Haaland. It is the first time since March 2015 that Arsenal have won both awards – with Wenger and Olivier Giroud claiming the respective prizes that month.