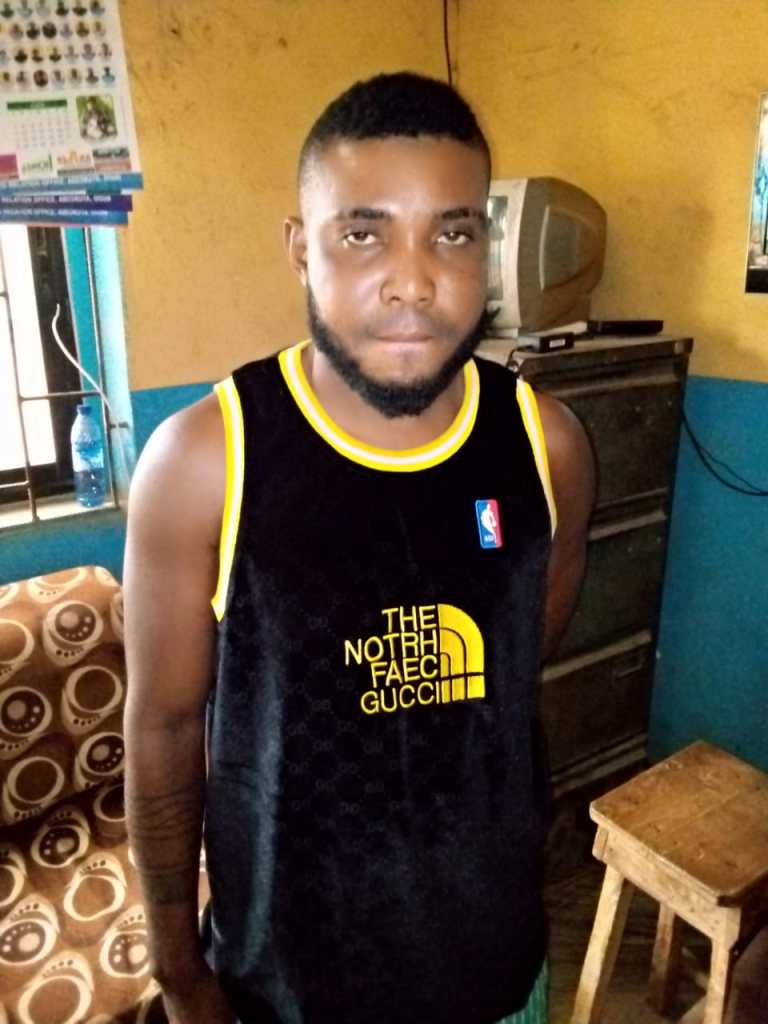 Kingsley Essien, 36, was detained by authorities for reportedly selling his wife and two-year-old boy for a total of $2 million.

According to authorities in Ogun State, the husband paid 1.4 million to smuggle his wife to Mali for prostitution.

The Ogun State police spokesman, Abimbola Oyeyemi, confirmed the event on Thursday, saying Essien was arrested after his wife, Bright Essien, filed a case at the Agbara division.

In October of 2021, the woman was believed to have denounced her spouse to the police.

lied that he had secured a job for her in Bamako, Mali, and that he had in the past assisted many to secure a job in Mali.

Not suspecting any foul play, Bright said she agreed to go to Mali, but she got to the African country and discovered that she had been sold to a human trafficking cartel headed by a woman at the rate of N1,400,000.

“While in Mali, she was forced into prostitution, but she later found her way to the Nigerian embassy in Bamako where she was assisted back to Nigeria,” Oyeyemi said.

He added that as the wife returned to Nigeria, she could not find her son and this prompted her to report at the police station.

“Upon the report, the DPO of Agbara division, SP Abiodun Salau, detailed his detectives to go after the suspect, and he was eventually arrested.

“On interrogation, the suspect confessed to the commission of the crime, he confessed further that he sold the two-year-old son to somebody at the rate of six hundred thousand Naira,” Oyeyemi said.

Meanwhile, the Ogun State Commissioner of Police, Lanre Bankole, has directed that the man be moved to the Anti-human Trafficking and Child Labour Unit of the state CIID for investigation, directing police officers to trace and arrest the buyer of the stolen so as to recovered.