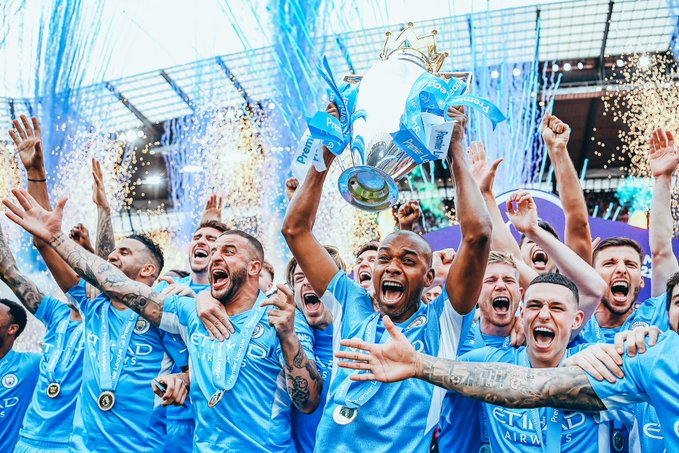 Manchester City have won the Premier League for the fourth time in five years after escaping a massive scare on the season’s final day.

City fought back from a 2-0 down to win 3-2 against Aston Villa, one point ahead of Liverpool with a six-goal difference, but former Liverpool captain Steven Gerrard failed to do his boyhood club the favour they desired.

City has now won back-to-back titles for the second time under Guardiola. Only Manchester United and Chelsea have accomplished the feat in the Premier League era.

They’ve only lost three games all season and dropped 11 points from 19 games away from the Etihad Stadium, with 14 wins. City has surpassed 90 points for the third time under Guardiola, having reached 100 in 2018 and 98 in 2019.

Their title victory prevents Liverpool a historic quadruple. Liverpool has already won the Carabao Cup and the FA Cup, and will meet Real Madrid in Saturday’s Champions League final in Paris.