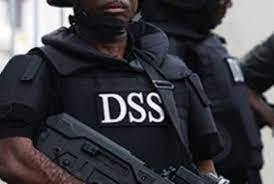 The Department of State Services has disowned one Adio Oluwole Bashir, who claims to be a former security agency employee who headed the squad that nabbed the suspected killers of David Imoh, a sound engineer who was assassinated in Lagos two weeks ago.

Bashir further alleged in an online publication that the sound engineer’s killers, who were of Hausa descent, were exchanged for Christians.

The DSS, on the other hand, stated in a statement signed by its spokesman, Dr. Peter Afunanya, and made available on Monday evening that Bashir is neither a serving nor former staff member of the service, but rather a phony out to tarnish the agency for personal advantage.

“The DSS hereby dismisses a bogus online publication published by one Adio Oluwole Bashir, who purported to be a former employee member of the Service,” Afunanya added in the statement. Bashir claimed to have led the team that apprehended the alleged killers of David Imoh, a sound engineer who was allegedly slain in Lekki, Lagos State, on May 12, 2022. He further claimed that the accused of Hausa descent were swapped with Christians.

“As a result, the Service claims Bashir is neither a serving nor a retired member of its workforce.” In addition, his writing style and usage of paraphernalia made him appear to be a fraud. However, evidence suggests that his goal is to incite ethno-religious conflict. His accomplices are members of separatist groups who want to accomplish the same goal while pitting security agencies against one another.

“In the meantime, the Lagos State Police Command has made a clear statement on the incident.” The command’s clarification should help the general public understand what happened. Dragging the DSS into his warped story, which never participated in the operation in Lekki, exposes Adio Oluwole Bashir’s lies and motives.

“The DSS wishes to state that the article is absolutely incorrect, and it strongly condemns the calculated attempt to malign its name.” As a result, it asks the public to disregard the false narrative. The service also advises those who want to plunge the country into chaos to backtrack and give peace a chance.

“While it reaffirms its commitment to continue to work with sister agencies to ensure lasting peace in the country, it will also not hesitate to bring to book those determined to break the law,” Afunanya said.