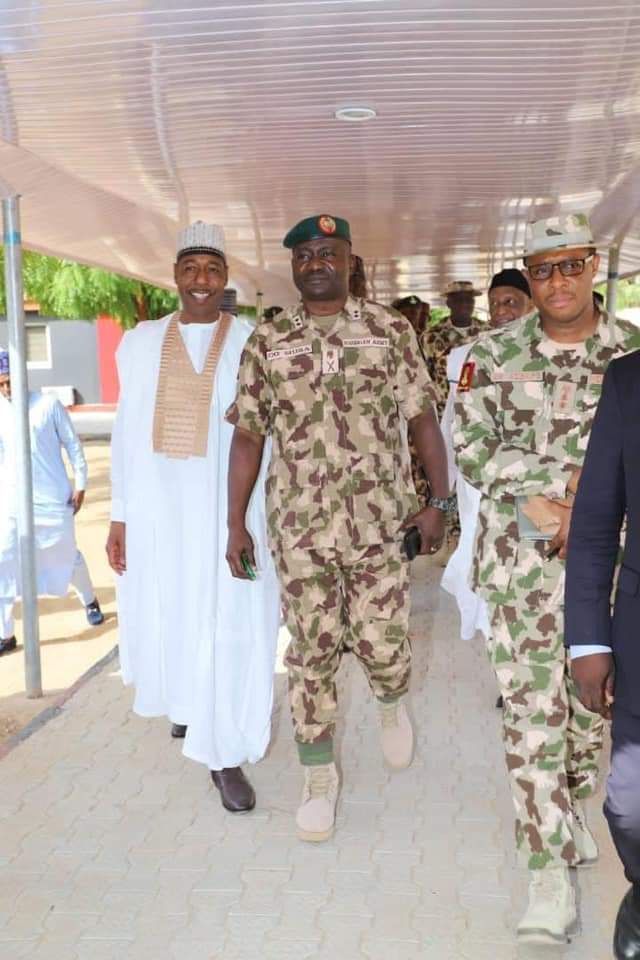 …Charges them not to relent in their efforts

The Governor who was at the Headquarters Theatre Command OPHK commended the Theatre Commander and his troops for their resilience and doggedness in the fight against insurgents and also for the tremendous achievements recorded so far in the North East Theatre.

Professor Babagana expressed immense satisfaction with the Command of Operation HADIN KAI stating that the level of improvement in the Operational activities of OPHK is evidently seen in the state of commercial activities as well as the aura of tranquility that has engulfed the North East and Borno State in particular. 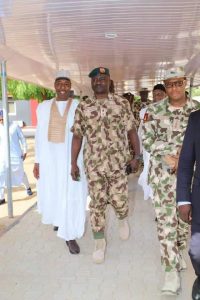 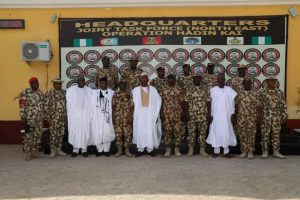 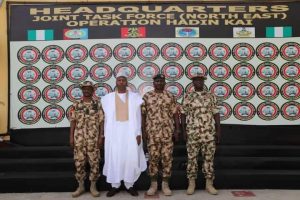 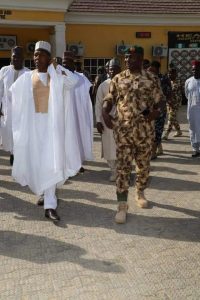 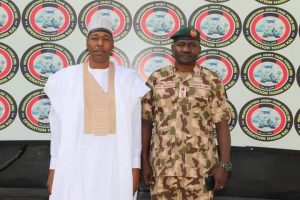 The Theatre Commander Major General Christopher Musa in his remarks appreciated the Governor for finding time out of his tight schedule to visit the Command. According to him, the visit of His Excellency to the command will serve as a morale booster to his Officers and Men and thereby spur them to do more in the ongoing fight against insurgency.

General Christopher therefore assured the Governor that the Command will continue to work in synergy with the State Government and other critical stake holders to completely end the activities of the Boko Haram Terrorists and their Islamic State of West African Province counterpart in order to restore total peace in the State.