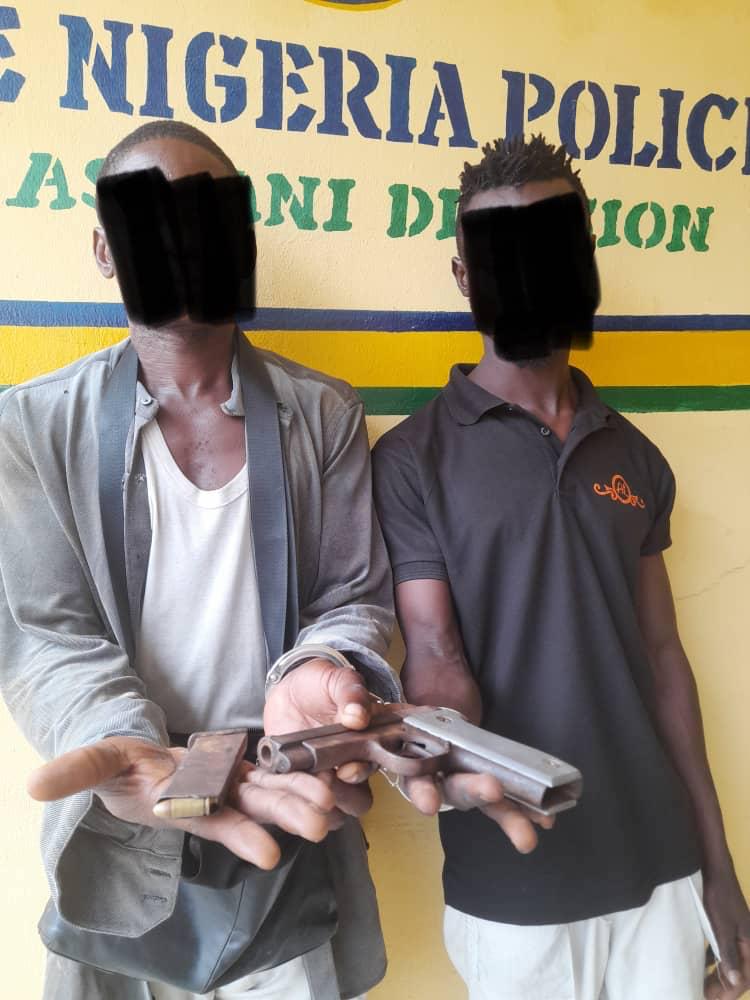 Marshal Sunday’m’, 24, and Amaechi Obi’m’, 39, were detained in the early hours of May 22, 2022 by officers from the Lagos State Police Command’s Aswani Division.

The suspects were apprehended at about 0440 hours at a Five-Star bus stop on the Oshodi/Apapa Expressway when officers flagged down an unregistered minibus known as Korope on reasonable suspicion that the occupants were up to no good.

A Browning pistol and three rounds of 7.65mm live ammo were located in the vehicle after a thorough check. One Fidelity Bank ATM card and an itel mobile phone were also discovered with them. Two of the three occupants were apprehended, but the third managed to flee.

Investigations have been stepped up in order to apprehend the fugitive suspects and bring them to justice.

While commending officers and men of the command for their tenacity in the fight against crime, Lagos State Commissioner of Police, CP Abiodun Alabi, fdc, has challenged them to redouble their efforts in eradicating crime in the state.