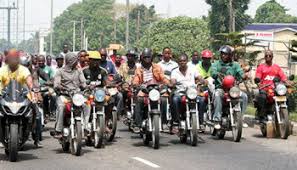 The Lagos State Government has finalized plans to establish an Anti-Okada Squad to enforce the prohibition on commercial motorcycles, often known as “Okada” riders, which will take effect on June 1, 2022.Babajide Sanwo-Olu, the

Lagos State Governor, who had earlier announced the planned ban on Okada activities in six Local Government Areas and nine Local Council Development Areas, LCDAs, to begin on June 1, 2022, insisted on enforcement on the set date following a plea from the Okada union leadership, who demanded an extension for the start of enforcement.

The new prohibition, on the other hand, came as a result of a series of concerns expressed by a traditional ruler in the Lekki region, Oniru of IruLand, Oba Omogbolahan Lawal, Abisogun II, and locals about the urgent need to prevent security breaches in the area and, by extension, the state.

Sanwo-Olu imposed a blanket ban on Okada on all highways throughout six LGAs and nine LCDAs of the state during an emergency meeting with the Commissioner of Police, Area Commanders, and Divisional Police Officers, DPOs, at the State House, Alausa, Ikeja.

The ban is to take effect from June 1, 2022, the Governor, directed security operatives to enforce the proscription order across the listed councils. The affected councils: are Eti-Osa, Ikeja, Surulere, Lagos Island, Lagos Mainland, and Apapa and extending to nine LCDAs.

The governor said the decision was in line with the State’s Transport Sector Reform Law of 2018 to immediately address the chaos and menace created by operations of Okada in the listed areas.