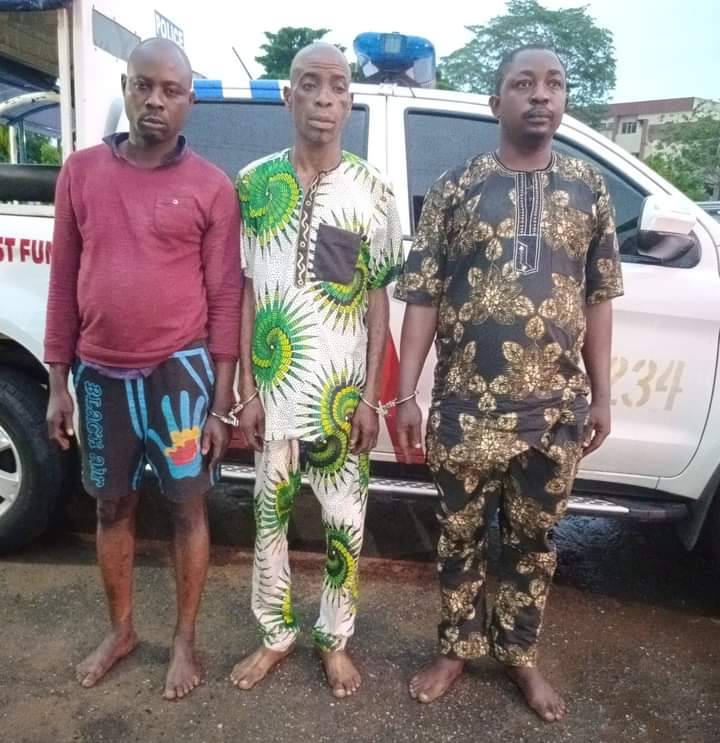 Officers of the Rapid Response Squad of the Lagos State Police Command have arrested three suspects for defrauding unsuspecting members of the public while disguising as driver and passengers of a commercial cab.

The trio were intercepted by operatives of the Lagos State Neighbourhood Safety Corp (LNSC), in Opebi, Ikeja following a tip off and handed over to the RRS.

The gang, operating in a Volkswagen Golf, with registration number KRD 998 DE act like total strangers to one another to disarm their victim. They carry out their nefarious activities mostly in Lagos Island, Lekki and Ikoyi.

The Commander RRS, CSP Olayinka Egbeyemi, has since transferred the case to the State Headquarters for further investigations.