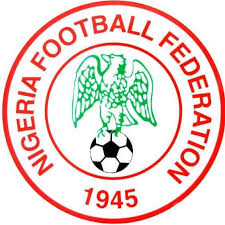 The Nigeria Football Federation has been directed by the Federal Government, through the Ministry of Youth and Sports Development, to conduct an election for its Executive Committee in September.

It is understood that the tenure of the NFF’s current administration ends in September.

The directive was given by the President, Muhammadu Buhari in a letter written to the NFF President, Amaju Pinnick, according to the sports minister, Sunday Dare.

Buhari was also quoted as directing that “the instrument of football administration in the country, the NFF Statutes be amended to include other stakeholders”, who had hitherto been disenfranchised, or denied equal representation in the NFF congress.

Buhari is believed to have reaffirmed the “Federal Government’s commitment for the country’s football development.”

He also urged the NFF’s leadership to ensure the “amended statutes reflect the national yearnings, aspirations, and peculiarities of Nigeria as a sovereign nation while aligning with the principles and objectives of football as set by FIFA.”